Almost every time I write a house update, I start off saying, I’ve been meaning to update you all sooner, but just haven’t. While this is the case yet again, I find that giving updates is just hard for me. The entire project is much more than I would have ever expected. I will truthfully admit that I look at this situation as a glass half empty most of the time and get easily depressed with every time I hear that something else is being replaced with “new, up to date stuff” (stuff that matters to no one else but me and all the other crazy Victorian home owners who like preservation!) or see additional damage happen to items that weren’t effected by the fire…it is like a daily dose of salt in the wound. Regardless of being understanding, it still just stinks. Plain and simple.

But rather than sharing all of the stress that has come from the lightning strike (my problem, not yours!), I’ll share things that have been happening at the house towards the rebuild! It’s a slow process, but every day is getting us closer to moving home! Which I cannot wait for!
Fire = June Demo = Began in October Roof = January Rebuild Started = January/February

The roof was rebuilt in January {part 1} and {part 2} but the shingles weren’t put up. We were told they would come 4-5 weeks later.
I’m really praying that we love the shingles we decided to go with because they are an upgrade from architectural shingles (what we had) so this is coming out of our pockets… but we haven’t seen the product in the color we chose in real life….ahh!! Nothing like living on the edge! lol

The ceiling joists on the 2nd floor needed to come out and be replaced because of the new roof…so the entire upstairs was wide open to the roof line. This was very similar to the sun room and kitchen on the 1st floor.

BEFORE – The old wood plank flooring underneath the 6″ raised flooring system:

This was all demoed and thrown away (minus the original planks – I begged to save them…so I have a crap pile of wood in our yard! ? The attic floor wasn’t attached to the interior walls of the attic so, there were really obnoxious collar ties put all over – making it literally un-walkable in our attic (prior to the fire, our attic was soooo cool! It was definitely like Home Alone or Little Women’s attic). Regardless of the fact that all of our stuff in our attic was ruined and pitched, it doesn’t mean I will never have stuff to go back in the attic! HAHA! I explain how we are getting around these collar ties below.

NOW: This is what the flooring looks like in the attic now. – These collar ties (the board running horizontal above the window) are coming out. They weren’t there pre fire so they super ruined my day! Because the ceiling joists of floor #2 were redone, they were able to attach them to the inside exterior so that they can be eliminated. Thank goodness!!

The top part of the chimney at the back end of the house that was exposed in the attic was burnt to a crisp. So it had to be cleaned. They came in with walnut shells and basically sand blasted it. I wanted to watch it be done but they said it was so messy that I really wouldn’t want to be there. It’s far from perfect … but I’m just so thankful that it is still there, standing proud! I’ll think of it like beauty mark or scar! We are leaving the bottom portion (where the clean brick starts) exposed in our kid’s bathroom – and the top burnt part will be inside of walls, so it won’t be seen.

The goal and “job” of insurance is to put the house back the way it was pre fire. Although, I would have 100% put the house back exactly the same way (because I reallllly loved it), there have been some changes that we have decided to make mainly because my husband is such a visionary! All of the changes we make are on our own dime – but because the house is completely torn apart, now is the time to do it!

The area which I believe to have been the old servant’s quarters was home to our kid’s bathroom, my son’s bedroom and another room that I really don’t know how to explain. This entire area of the house was was completely demoed. There was absolutely nothing left of it. When we were discussing rebuilding we decided to expand their bathroom and our son’s bedroom a little bit and shrink up the other “no named room”. The changes are super minimal – we’re talking inches here, but it helps give more space to rooms that would definitely benefit from being just a tad bigger.

If you’ve been following along with our fire updates, you know that my son’s bedroom was the one that was hit the hardest and that all of this items were shoveled out of his bedroom window the day of the fire. He has been an absolute trooper throughout this entire process and never even complained on the day of the fire as he was loosing everything. Hours after the fire, we sat on our front porch with the restoration crew discussing what the future would look like. My son had a genius suggestion of putting a rock climbing wall in his room. As a mom, I instantly agreed – just wanting to make my little baby happy. #thelifeofamom! Well, I am so happy to say that we totally took his idea and ran with it!!! We eliminated the entire attic area above the “servant’s quarters” and have vaulted that entire ceiling all of the way to the actual roof line and have lofted the entire area over the bathroom and the “no named room”. It’s super awesome and is my most favorite change we are making!
(the studs aren’t bowed – it’s just the way my pano pic came out)

Years ago, my hubby and I used to love looking through Pottery Barn magazines. There was this one bedroom featured that totally had us envious. The room was vaulted and had beautiful beams coming through it – but not in a rustic, country, cabin, etc way. Like super pretty Pottery Barn fashion! We were like “where on earth are there houses actually like this??” – and we can really ask this because we’ve owned 4 homes and looked at more houses than I can count! haha! And never have we seen a house with rooms like this!

My hubby brought this up to me one day, being the amazing visionary that he is. He had the idea of nixing more of our attic (thank God it’s humongous!) and vaulting our bedroom ceiling all of the way to the roof line as well. By doing this it would give us two more windows in our room that were actually in the attic and we would have sky high ceilings.

I have to admit, this whole proposition was really hard for me to agree on simply because our attic is so large it could 1. be turned into another living space 2. it can hold a whole ton of crap!!! …and to be frank, I hate giving up storage space. I only agreed to vault our room IF we lofted the area over our closet and dressing room with the foresight of our grandkids coming to our house and spending the night with us! #goals (for real, I’m dreaming of the day I’m a grandma already!)

Thank goodness the collar ties are going to be closed off so my BIG monkey can’t goof around and jump onto our bed ?from 17 feet in the air!

I am super looking forward to decorating this space!! I’m going to build a ladder on wheels (think old library) and make it so cute! (especially since my hubby is claiming the library as his “men’s lounge” hahahaha and kicking me out!

But really…I can’t wait to have my grandkids come spend the night and sleep up here!!…or just have my own kids play up there! 🙂

Usually people do not remove closets, rather they add them. Welp, we’ll just add this to our list of being the odd balls. We have a full walk in closet in our master bedroom plus another good sized closet that is original to the house. The only problem with this closet is, it obstructs our super pretty staircase (that is currently boxed off to protect it during all of the demo). So…because we are fortunate to not be short on closet space, we decided to take out the closet to fully open up our staircase. We will have to have railing spindles made to match the rest of the staircase, but that’s ok!

Vaulting of the Mudroom

Our mudroom is this schmoopie doopie cute room with a wall of closets! I just love it. However, with all of the ceilings coming out, I got to thinking and decided how stinking amazing would it be to have it vaulted and trimmed out in stained bead board and a pendant light. It’s a long ways away from being finished…but it’s started! It’s a bit hard to understand the before and after because in the “after” photo the walls are removed that are actually apart of different rooms.

The framing for this room actually is vaulted (the exterior roof is an a-frame) but with the closets in the room the vault would have been off center. So we had a secondary vault built inside of the original vault so it will all be centered on the room.

We are moving the three steps that come into our kitchen from the mudroom about 2-3 feet into the mudroom to give us a little more space in the kitchen. Being that our house is an 1886 Victorian, kitchens weren’t what they are today – massively sized rooms. So by moving the stairs we are gaining a little bit of space. – This hasn’t been done yet, but will be!

So there you have it! Some fun changes that we are making to fully make this house our home! I honestly can say I can’t wait to get back in it and live here until I’m an old lady…and then haunt the place when I’m dead and gone ????

We still don’t have electricity, HVAC, or plumbing in yet – but I did meet with those subcontractors this week to discuss things for when the time comes and they can come in and get working.

In the meantime, I’m on the hunt for light fixtures, bathroom fixtures (tubs, sinks, etc) appliances, etc. Doing this all at once is definitely a tad overwhelming…I can definitely say I would never want to build a house, too many decisions at one time! haha

Thanks for following along! 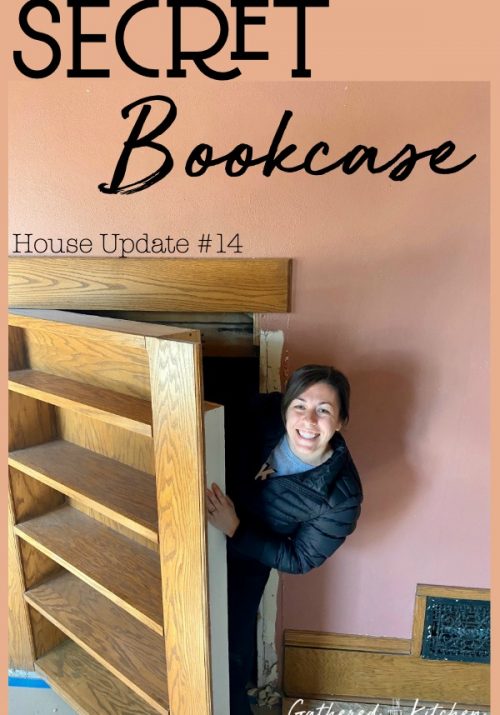 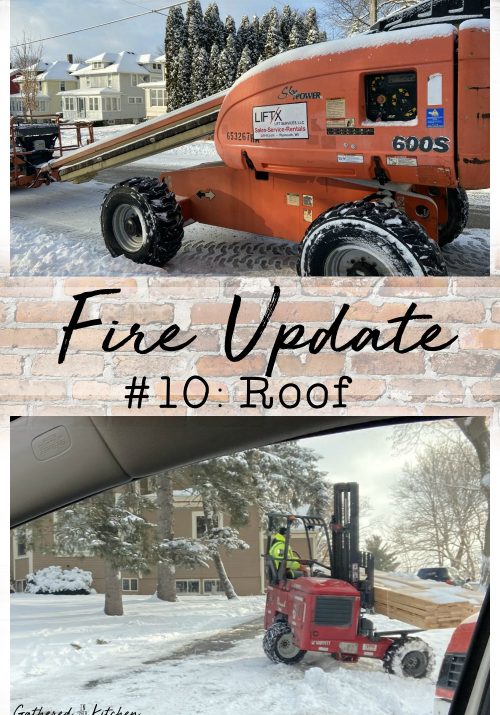 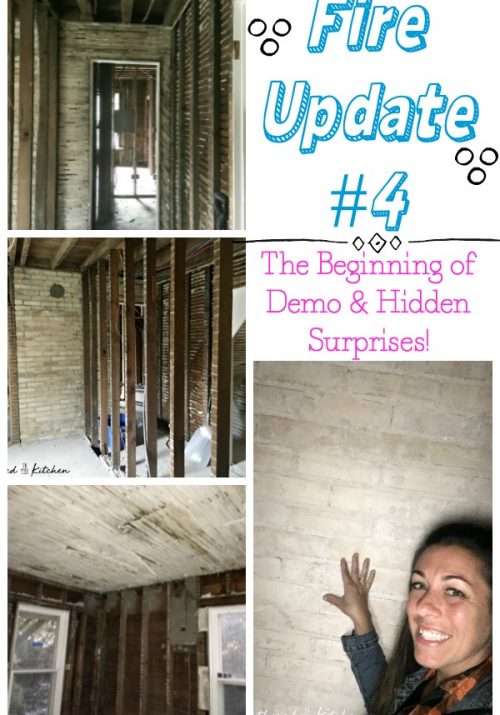