My kids and I headed down to Wellford, SC to check out Hollywild Animal Park  the last week before school started back up. 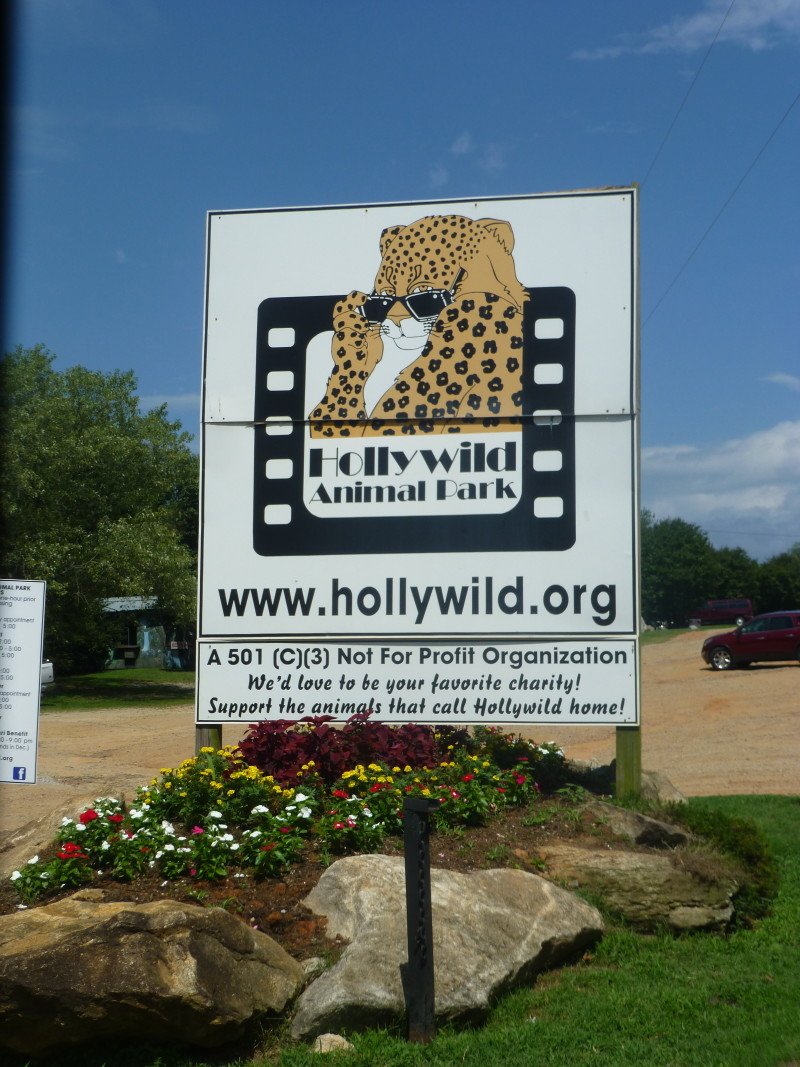 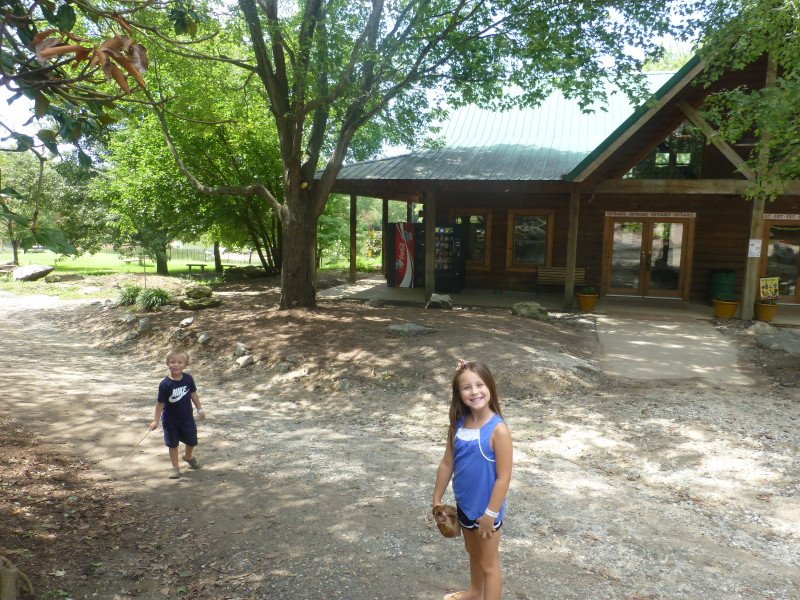 We started out by feeding may of the animals that were in homes around the park. 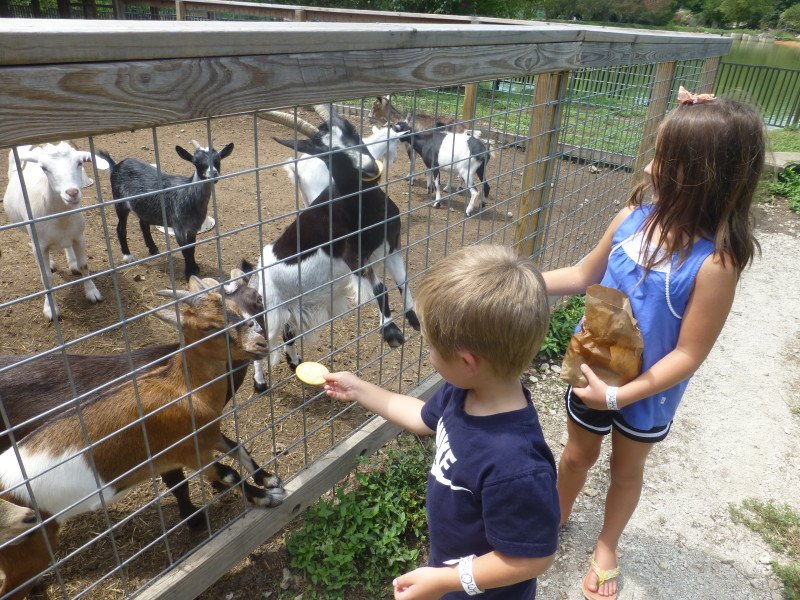 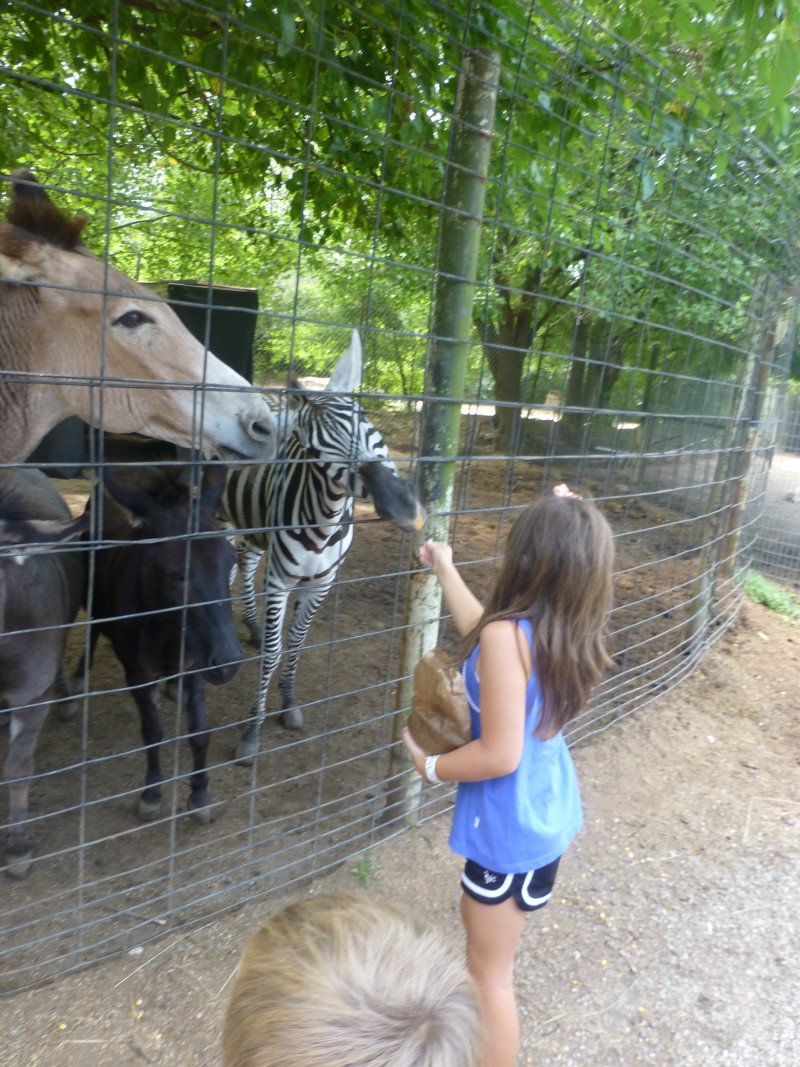 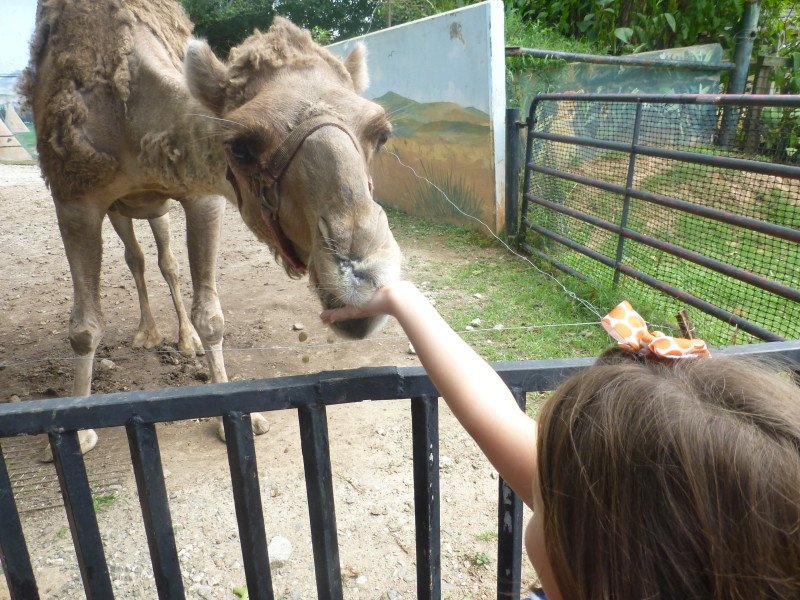 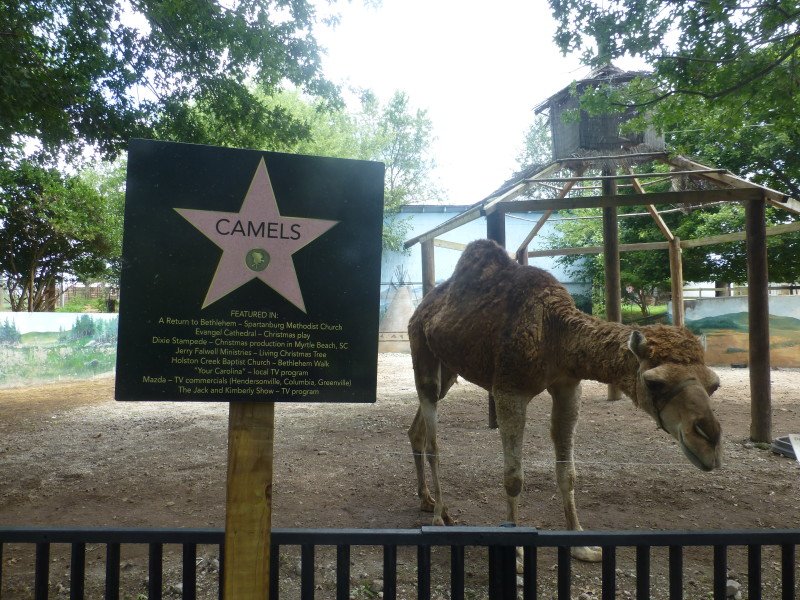 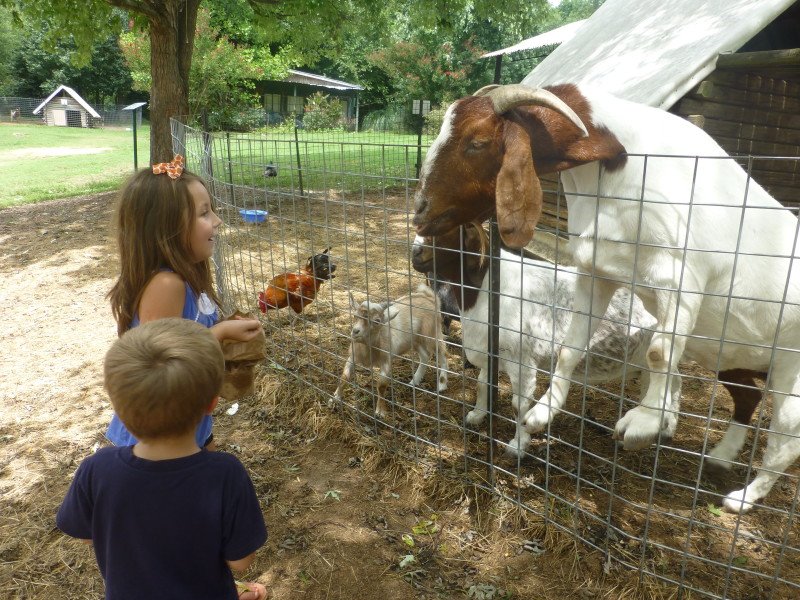 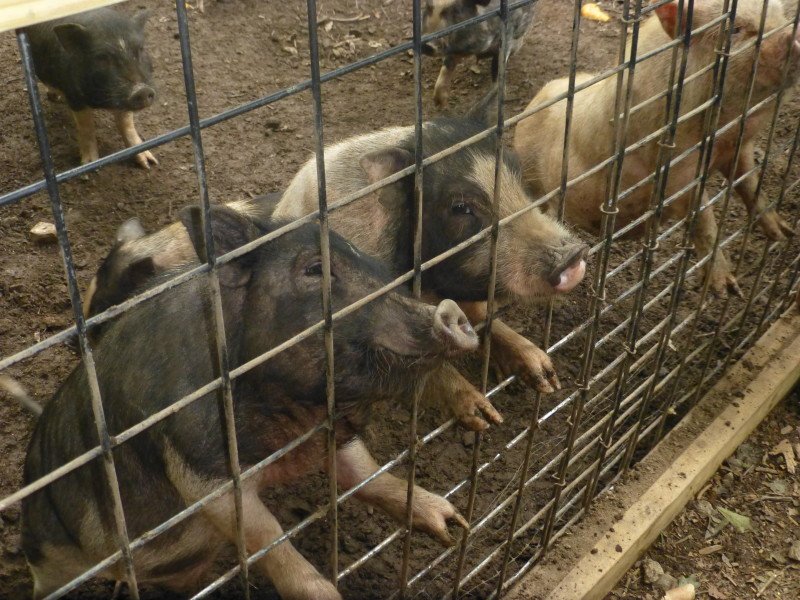 And some we didn’t feed… 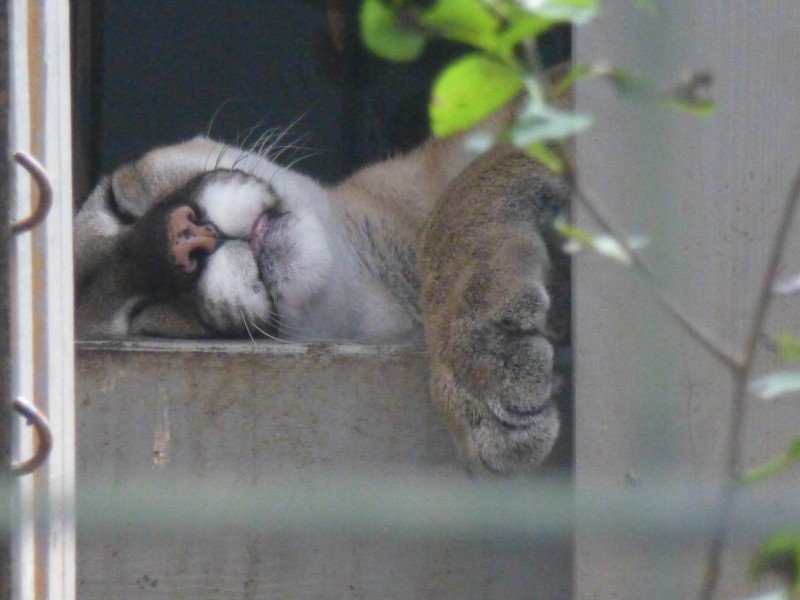 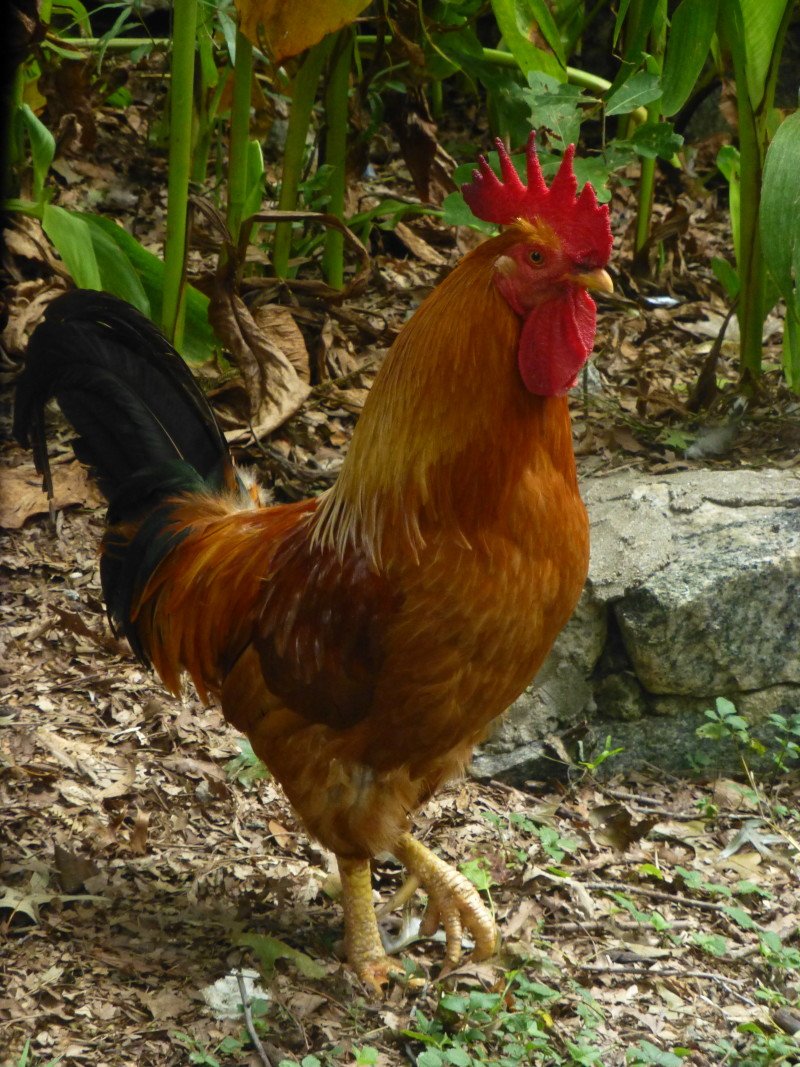 There was a quaint little pond with boardwalk that went right through the water and we spotted lots of wildlife! 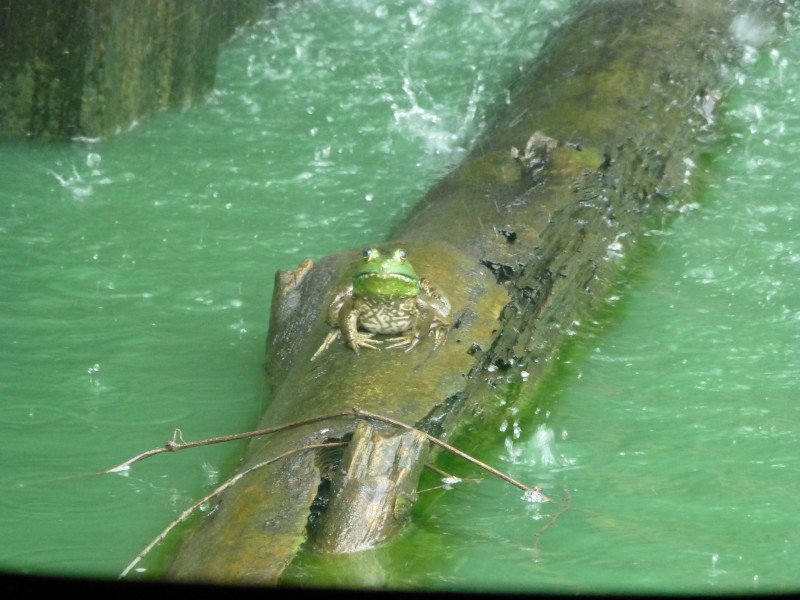 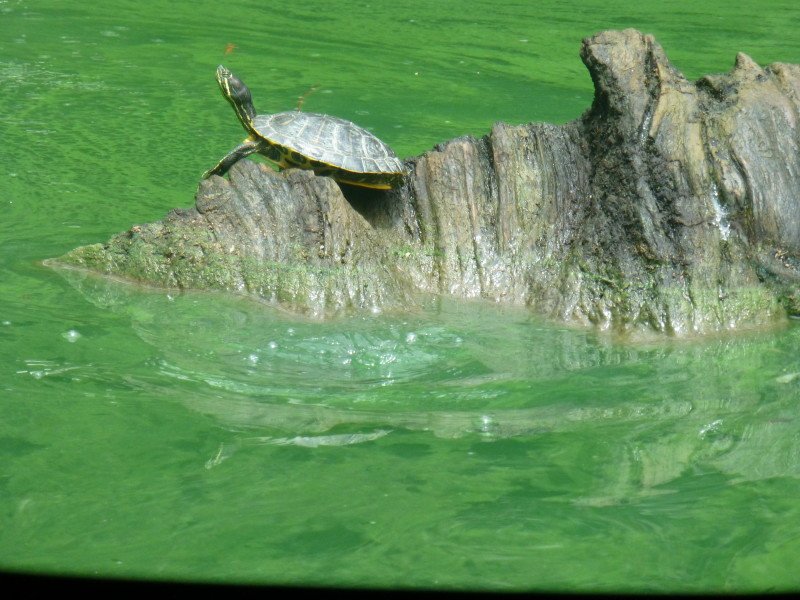 We then attended an educational event put on by the staff. We go to learn about and feel many different animals. 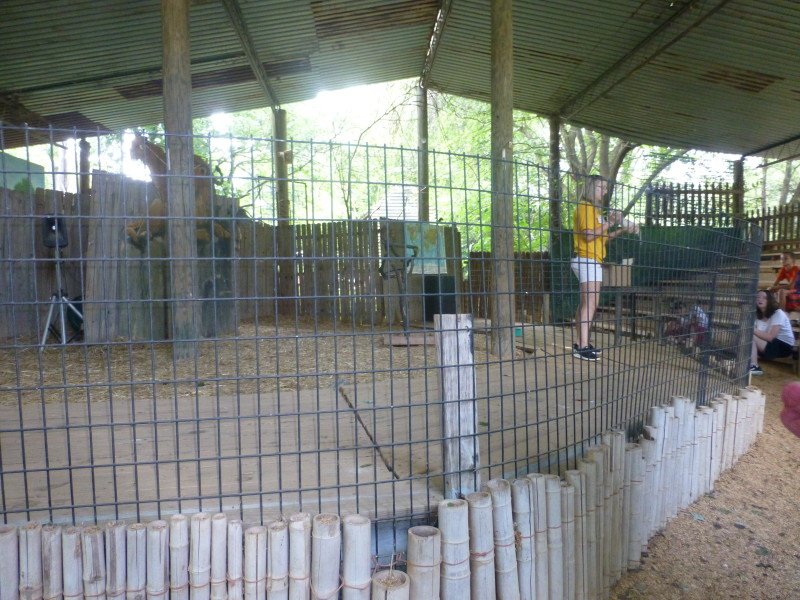 We then boarded the Safari Ride to go feed animals roaming about the park. 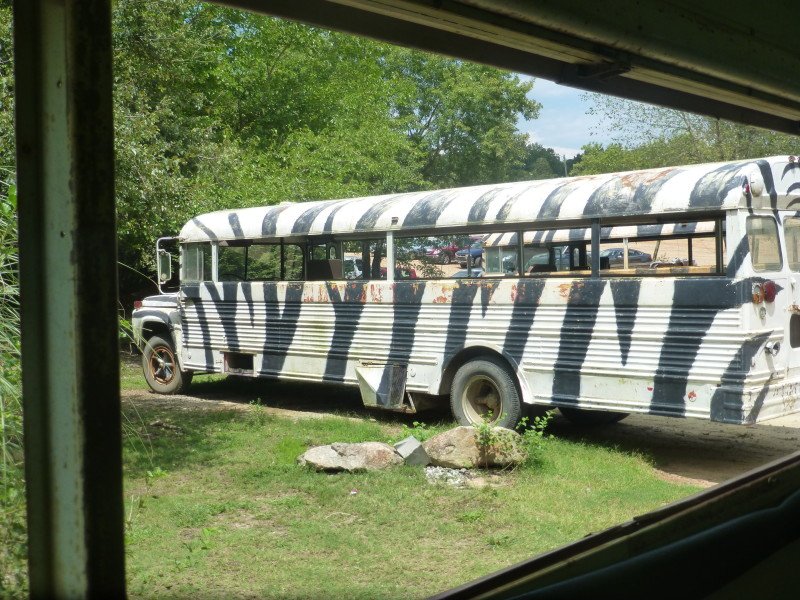 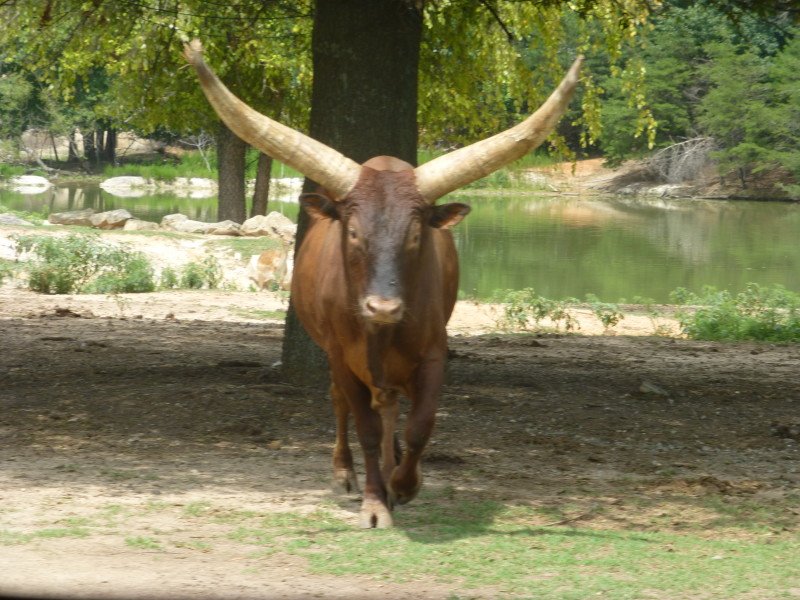 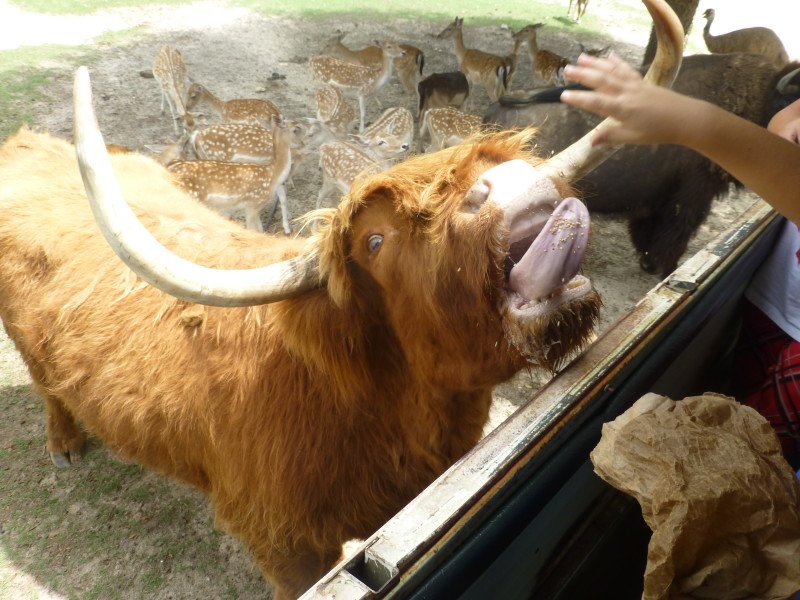 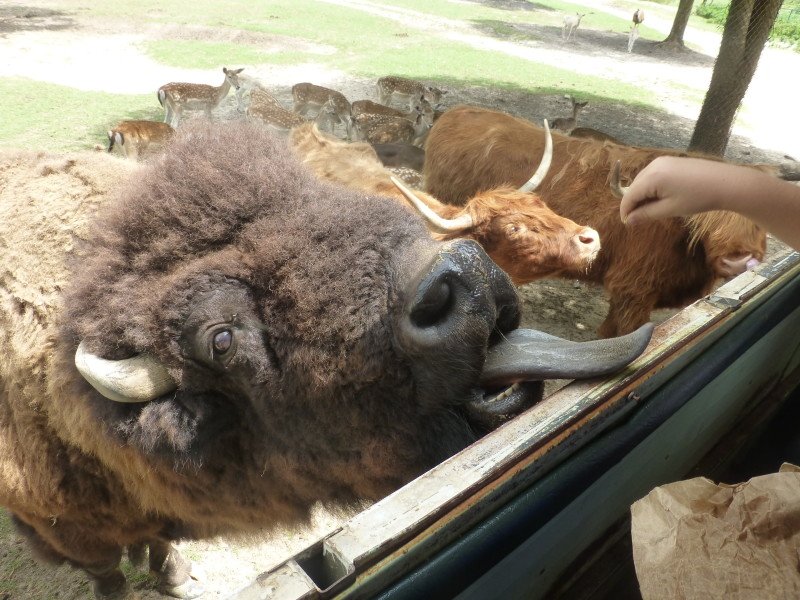 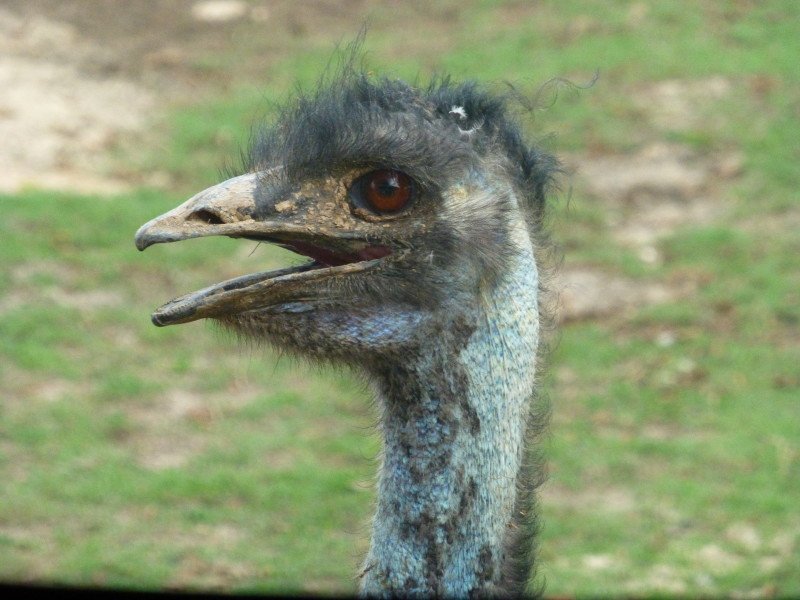 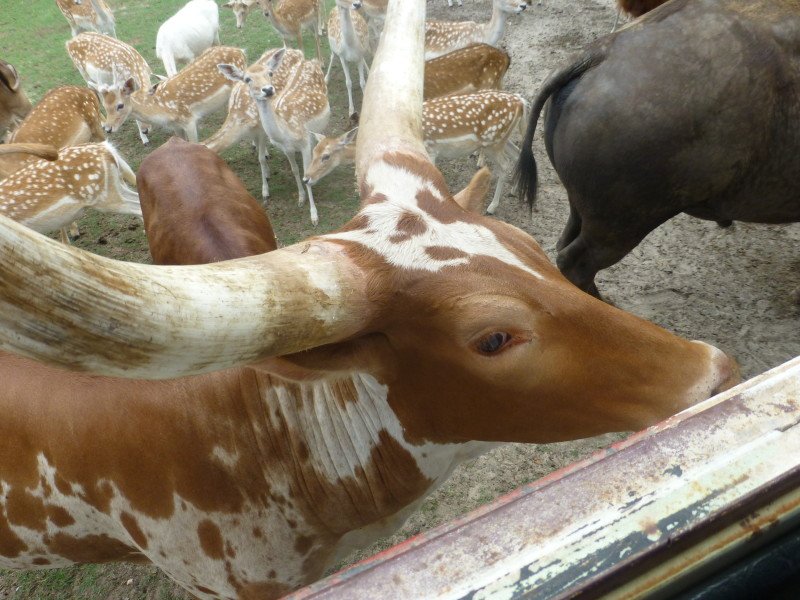 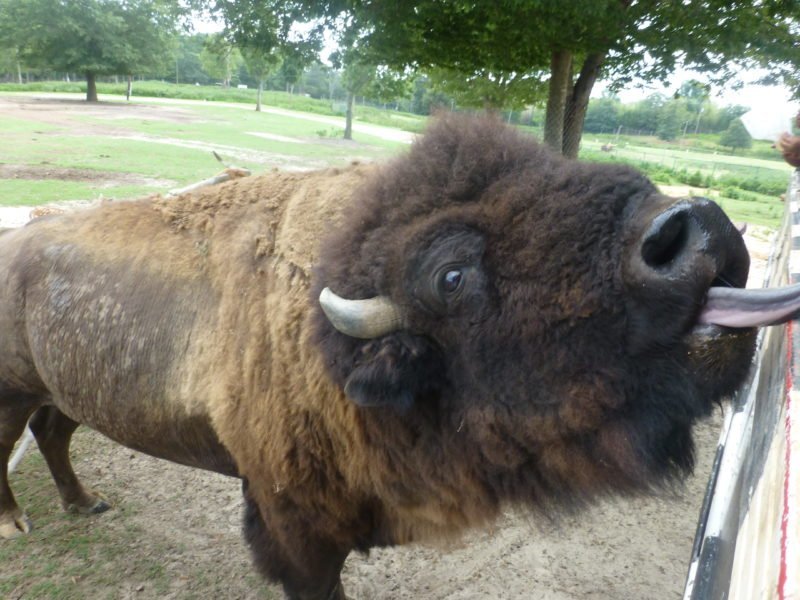 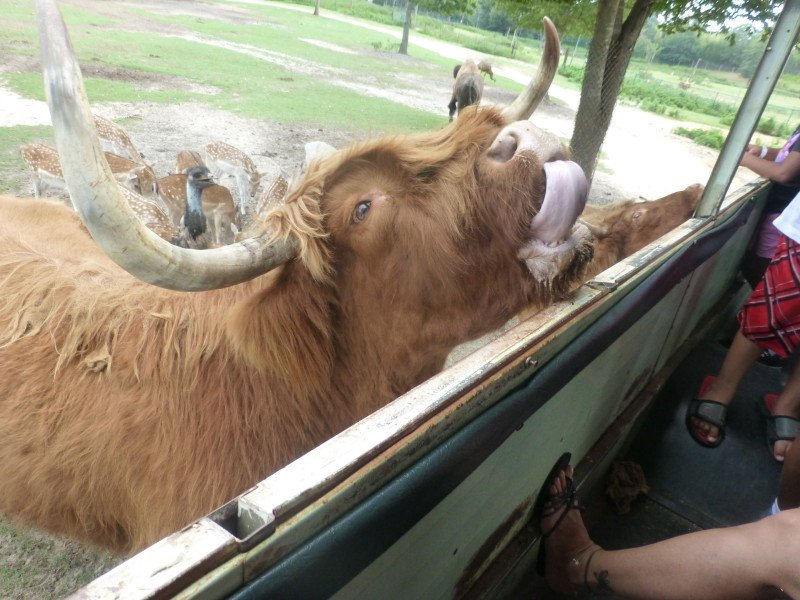 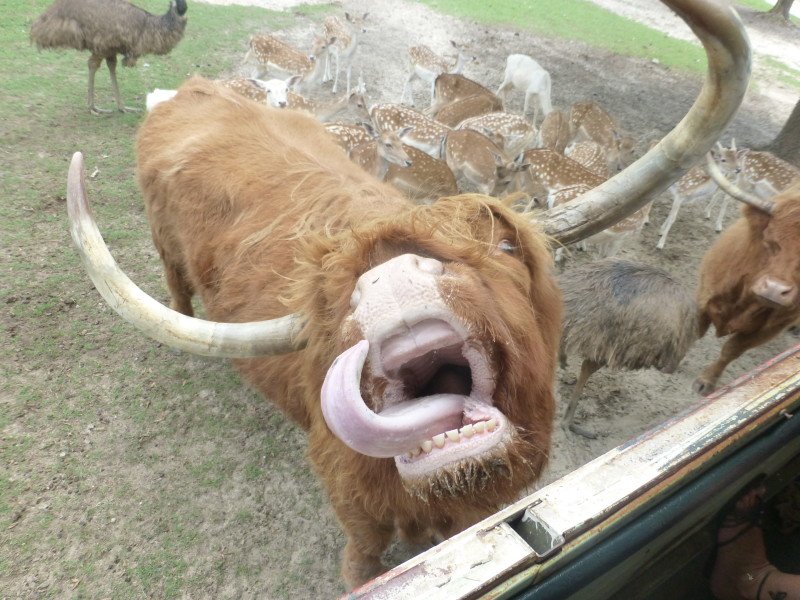 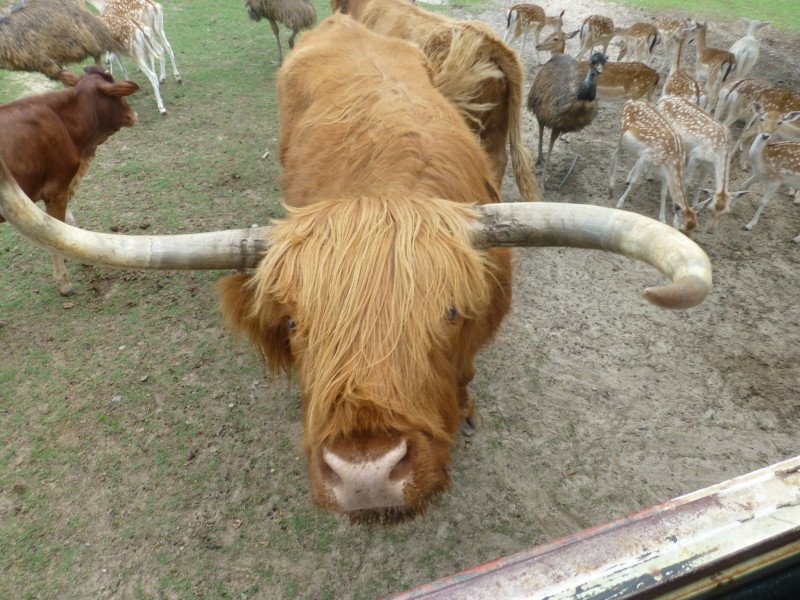 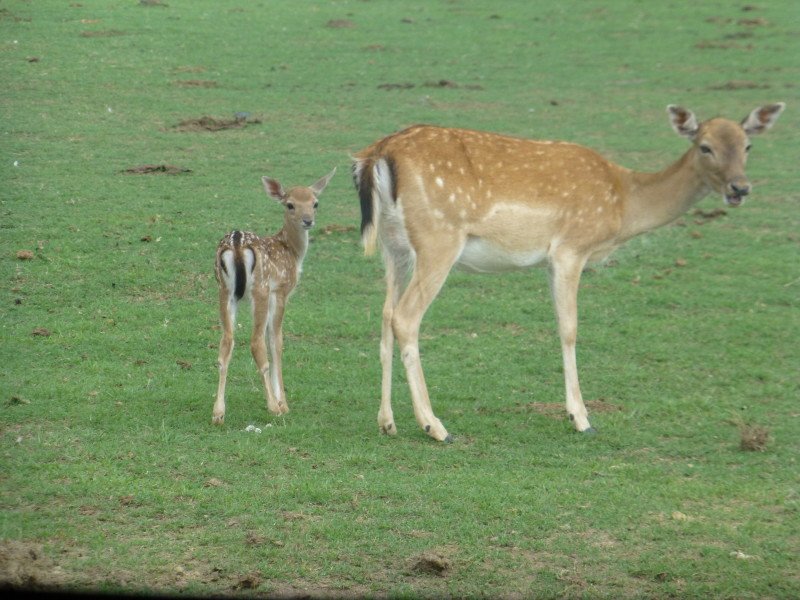 We had a great time and I highly recommend checking out Hollywood Animal Park if you are in the area!

Hollywild Animal Park, set in rural Upstate SC is a gem among parks and zoos – it’s a combination of both! The natural pathways and open spaces with plenty of picnic areas make it a great place to disconnect from the hustle and bustle of life and explore: the laughter of your children, time together, and the great outdoors. But there’s more – more than 500 animals native to countries around the globe make their home at Hollywild. In the walking area of the park, you are close to all kinds of animals from the curious camels and humorous bears (who can be seen playing on the park’s webcam www.hollywild.org Eyes on Hollywild) to the majestic great cats (lions, tigers, leopards, and cougars), striking baboons and ambassador wolves. Petting areas are intentionally placed throughout the park. Children wanting to pet the “kitty” may need to be redirected if that “kitty” happens to be a 500 pound Siberian Tiger, but just a few feet away you find a petting area where donkeys, alpaca, goats, and even pigs can be found ready for some attention. Free roaming birds like the brilliant peacocks, guineas, and exotic chickens show their colors throughout the grounds adding another element of fun to your visit. A bit of learning is tucked into a Hollywild visit too, with the aid of signage and the Creature Feature programs in the park’s amphitheater. Both showcase details about the featured animals and give you the inside scoop on their unique adaptations and behaviors. There just aren’t many places where you learn a little then spread out a picnic blanket beside a waterfall in view of a rare white lion, one of the newest additions to the Hollywild family. His inspiring story and Hollywild’s partnership in an international effort to conserve the rare white subspecies make it easy to see why this place is a treasure on so many levels.

Included in your admission is the Safari Bus Ride you won’t want to miss. Converted old-style school buses take you and yours on a journey you’ll not soon forget – on the ride you meet all kinds of herbivores: emu, donkeys, water buffalo, bison, watusi, and zebras who come to the bus for snack time. You just can’t see the foot-long tongue of a watusi up-close from anywhere – but you can at Hollwyild! From the bus, catch a glimpse of “Tank” the park’s rare white rhino and star of many television commercials. In fact, that’s where the park’s name originated – through the movie industry. Hollywild has a 40+ year history – starting from a modest private backyard collection of animals to the nearly 100 acre public access park it is today. It grew as a result of Hollywood movie makers calling founder David Meeks and asking to film his animals. The funds raised by those efforts built the park to be the great resource it is today. Walking through the park you can see the star signs indicating the movies that Hollywild animals have appeared in during the park’s history.

The park converted to a non-profit organization more than 15 years ago so that it would be run by a board of directors who could see to it that the park lives on as a great resource for generations to come. Many animals have been born here or brought here as rescues and some as ‘retirees’ from circus acts. Each has a special story worth hearing. Though staff recommend at least 2 hours for a visit during Park Season, others recommend just planning to spend the whole day as you can ride the bus as many times as you like and just relax enjoying the nature abundant around you. Picnics are welcome or you can purchase light concessions on-site. The park’s website www.hollywild.org has links to places to stay, eat, and play nearby making it easy to plan a weekend getaway to the Upstate area convenient to I-85 and I-26.