Father’s Day, a time for traditions. Lover Boy and I both grew up with lots of traditions – for everything. Many of the traditions were the same (since we grew up in the same town) yet many were different. Over the years it’s been fun to carry out many of the same traditions from our childhoods and at the same time create new ones for our kiddos!

A typical Father’s Day for Lover Boy would be a bike ride with a picnic lunch. Growing up in Illinois we had so.so.so many trails and paths to go on (something we took for granted living there and now realize how great it was since the 3 southern states we’ve lived in since then haven’t had very many). Many of the trails back in IL were once railroad tracks that have ripped up and converted to bike paths. The kids and I got to enjoy these while we were back visiting family in IL last week!

This Father’s Day we decided to do some research and find something similar so we could have a classic Father’s Day bike ride and picnic! We found a trail out in Morganton, NC (an hour away form us) and enjoyed every minute of it! 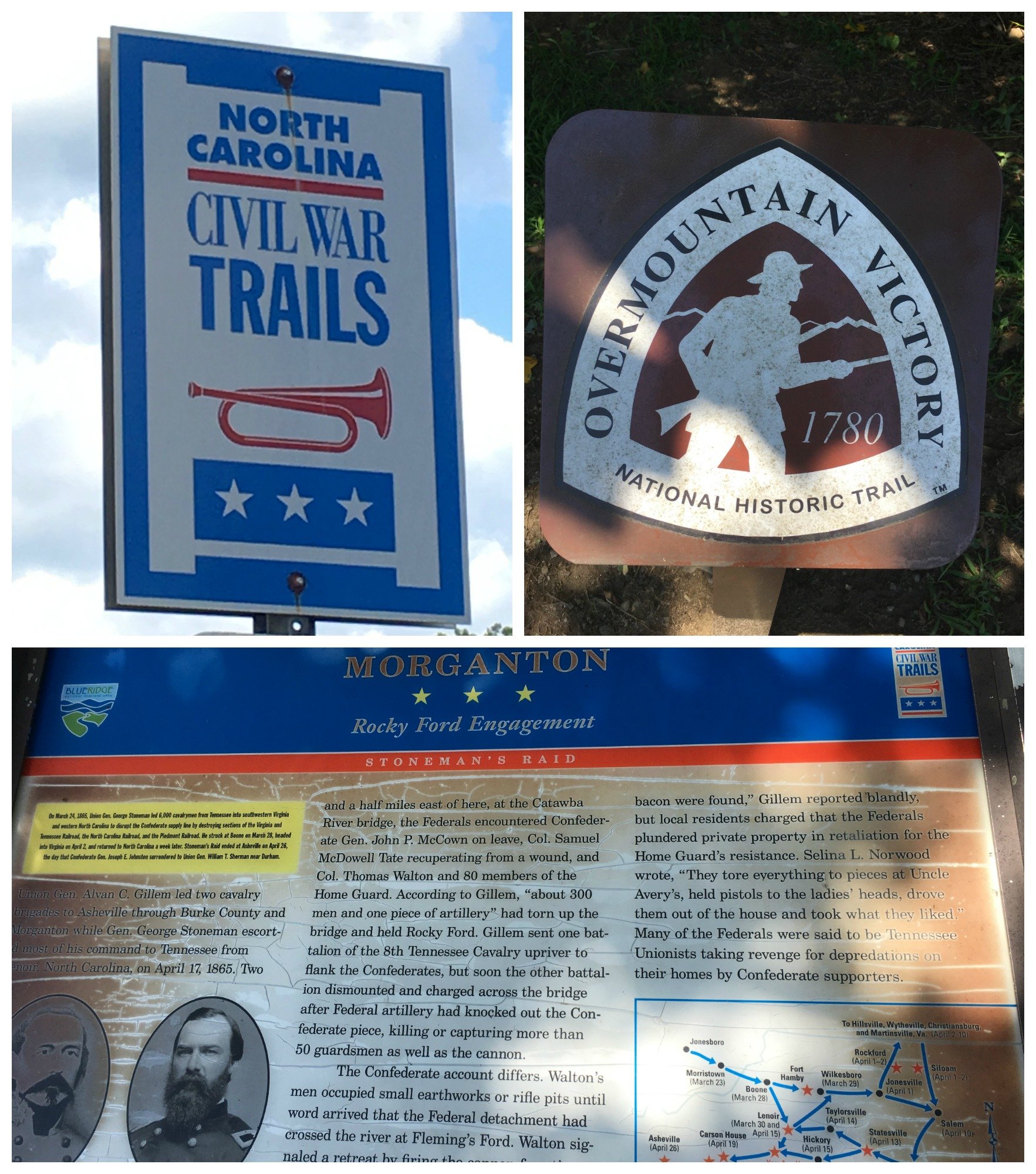 From start to finish the out and back trail was almost 10 miles! The kids did fantastic and had so much fun! 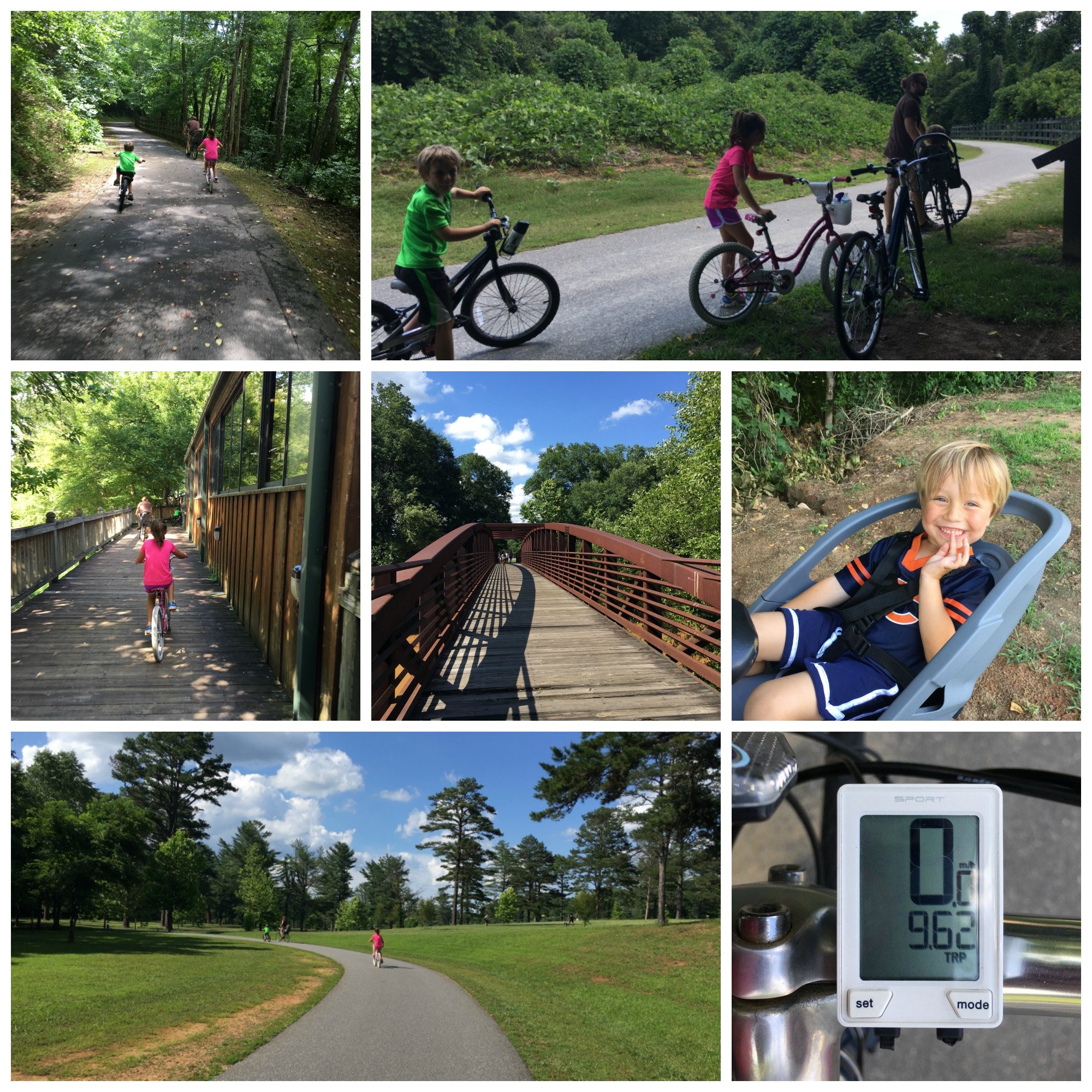 Shortly after beginning the trail there was a veer off for a Native American Village. There were replicated houses that you could walk into and check out. 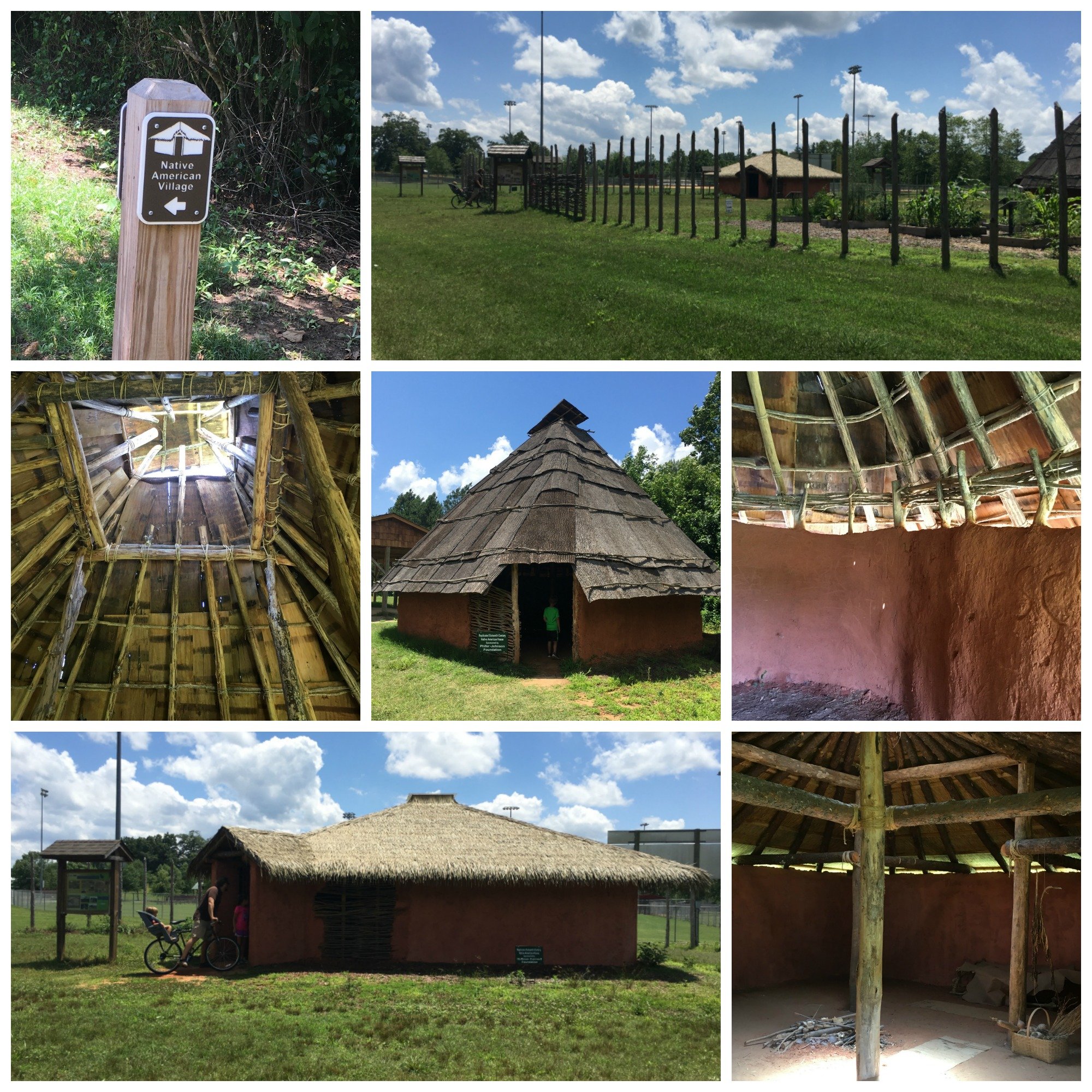 Down that same veer off we came up to Beanstalk Playground. It was an awesome park with so many fun obstacles! Even the parents were playing with the kids, it literally was a park for everyone! 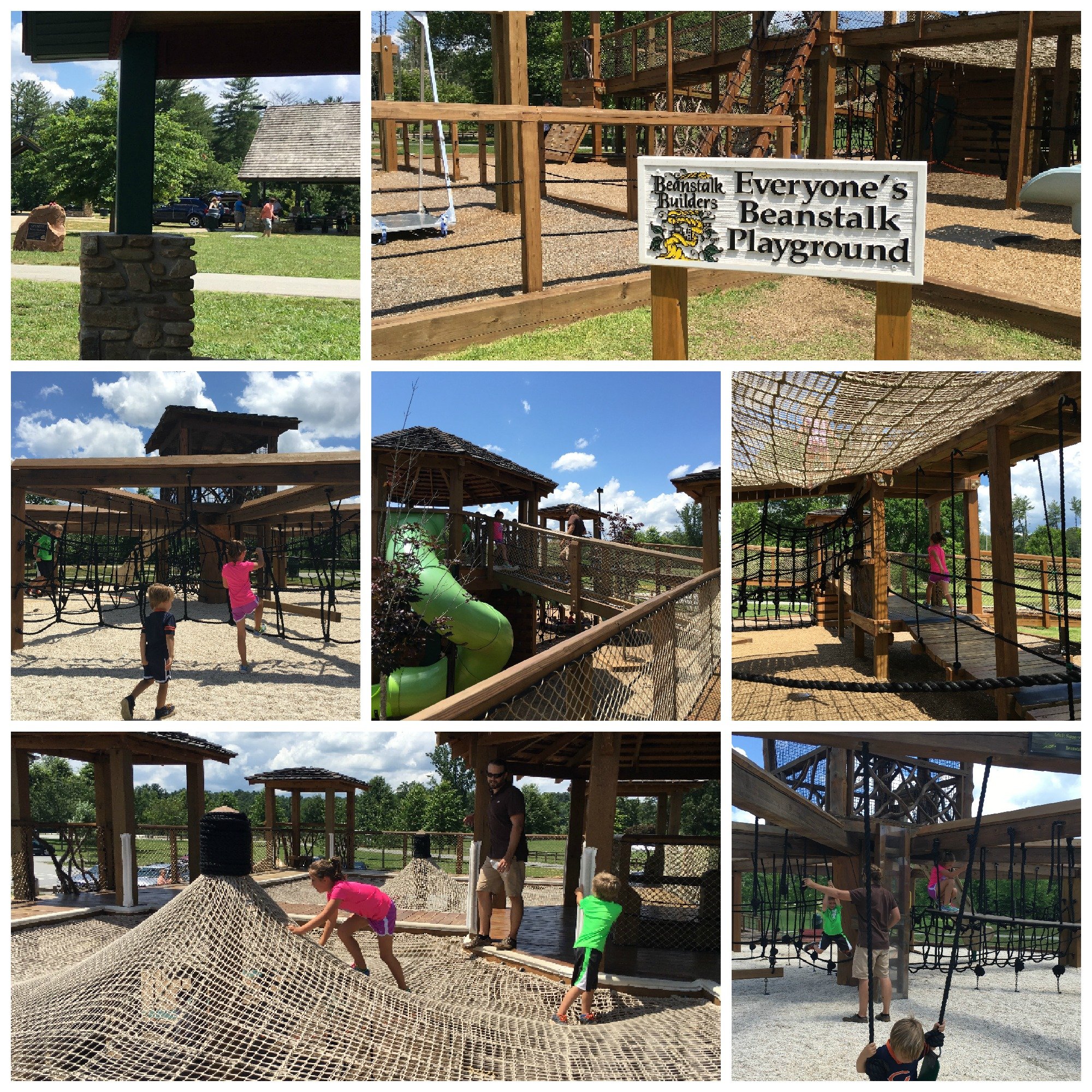 We hopped back on the path and finished at Freedom Park (not the same Freedom Park in Charlotte for any of you who are familiar with the area). This park had such gorgeous views of the mountains. What a treat to play with such a pretty backdrop! 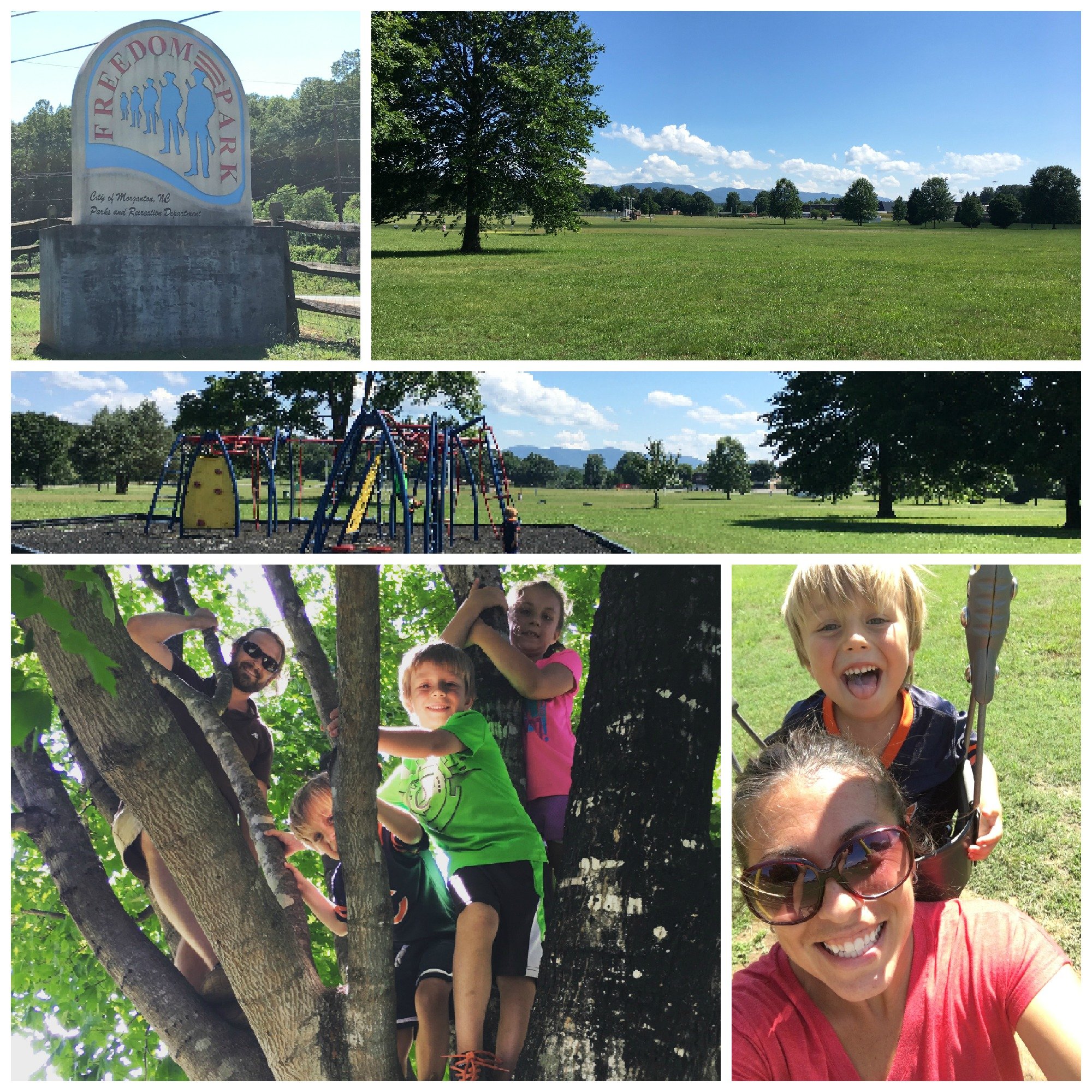 Overall we had a great time checking out a new area in the beautiful state of North Carolina! Hope you all had a fantastic Father’s Day as well!