Our kids had a long weekend a couple of weeks ago so we headed south to Atlanta, Georgia to take the kids to the Georgia Aquarium and the World of Coca-Cola (located next door to each other)…but years before taking the kids here, a very significant part of our story began with a day at the aquarium… 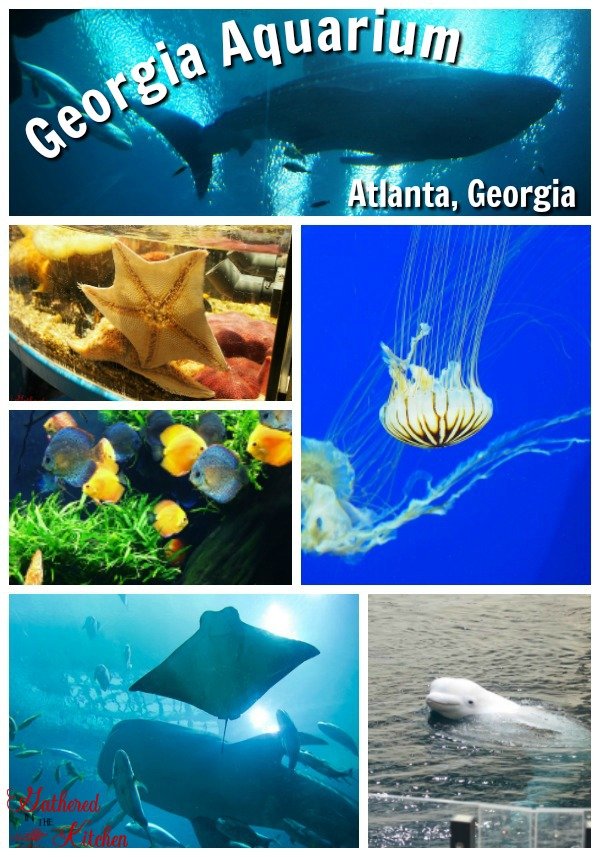 The Georgia Aquarium is a public aquarium in Atlanta, Georgia, USA. It houses more than a hundred thousand animals and represents several thousand species, all of which reside in 10 million US gallons (38,000 m3) of marine and salt water.[1][2] It was the largest aquarium in the world from its opening in 2005 until 2012, when it was surpassed by Marine Life Park in Singapore.[5]

Businessman Bernard Marcus credits his 60th birthday dinner, held at the Monterey Bay Aquarium, with inspiring him to build a great aquarium for Atlanta; his subsequent $250 million donation provided the bulk of the money needed to build and stock the new facility. 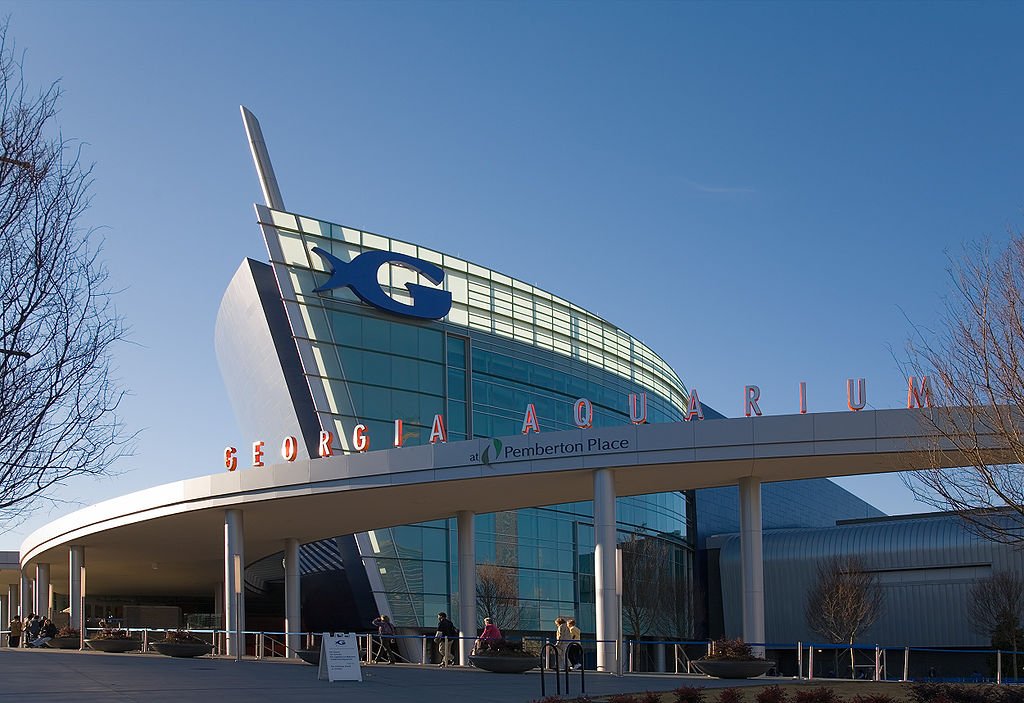 My husband and I celebrated our first wedding anniversary at the Georgia Aquarium. We lived two hours south of Atlanta in a small town and decided that we would travel up to the Aquarium to celebrate our special day. Since our wedding date is 8 days before Christmas we needed something close because the following week we were traveling back “home” to Chicago to spend Christmas with our families. I’ll be honest, it wasn’t really the lovey dovey celebration I had in mind for a whole year married – but now 11 years later (well technically 10 if you’re going off of our 1 year anniversary) I realize that it’s all of the little trips and things we do that equal the big memories.

…like for instance, I remember going to the aquarium, being super mad at my hubby all day (who knows why all these years later) and then having to head back to our house because our 3 dogs couldn’t be left overnight and then… a few weeks later, finding out we were expecting our gorgeous baby girl! 🙂 So, see, it’s the little things that add up! And a big part of our story began with a day at the Georgia Aquarium! 🙂 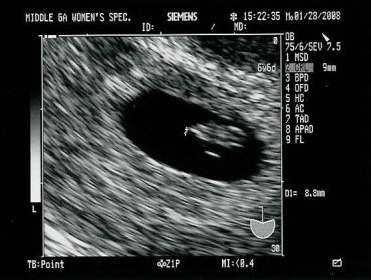 With more than 10 million gallons of water, the aquarium offers several different gallery exhibits that offer excitement, learning and hands on experiences. I would highly suggest planning out your visit beforehand using this map of the aquarium as well as checking the website for any speical programs that may be running at the particular time of your visit. 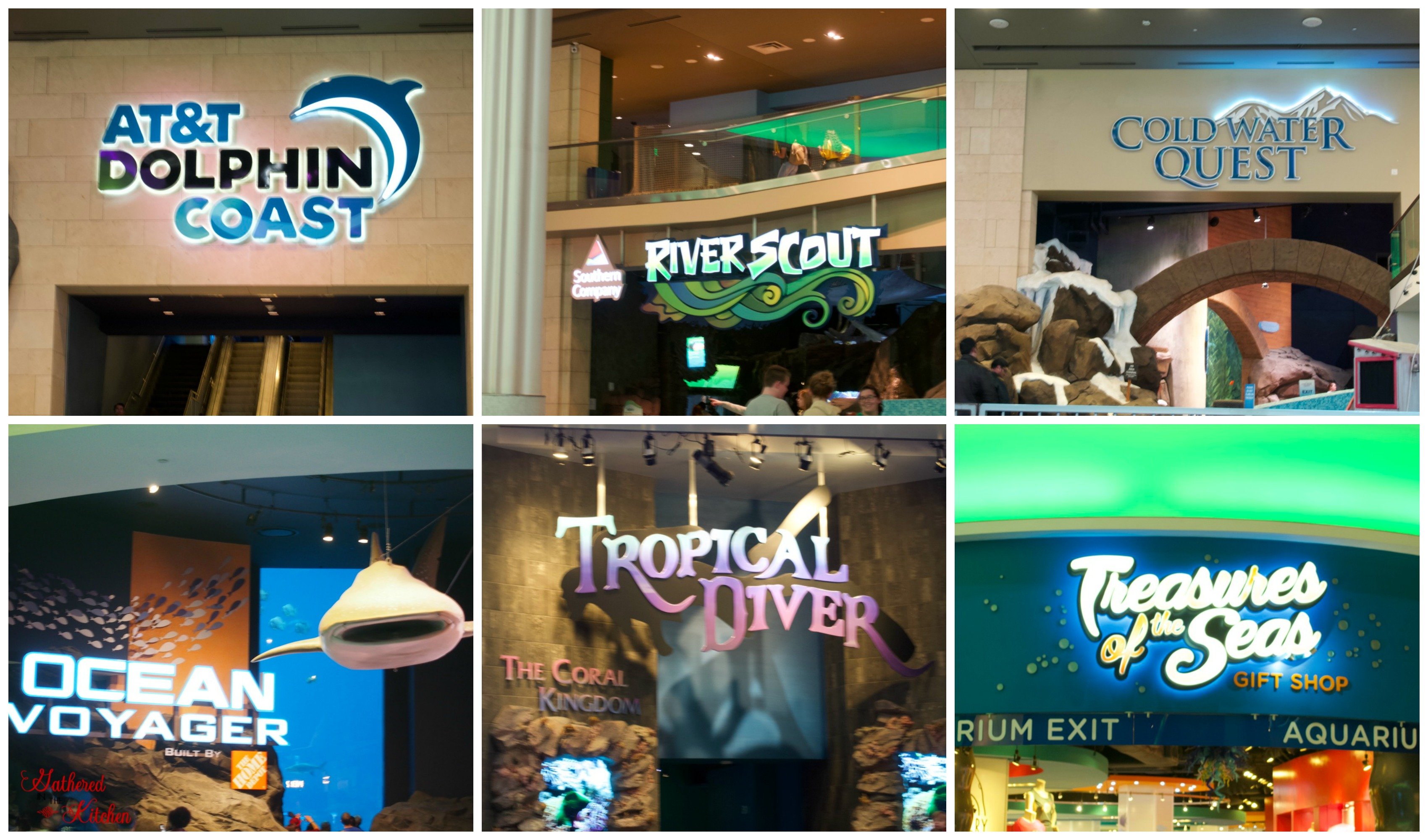 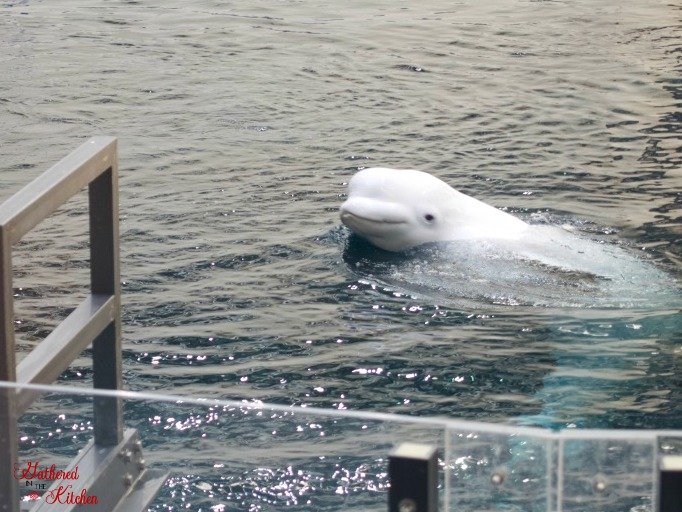 There are hands-on experiences that are absolutely fascinating! We had a blast getting to touch the exotic sea creatures. 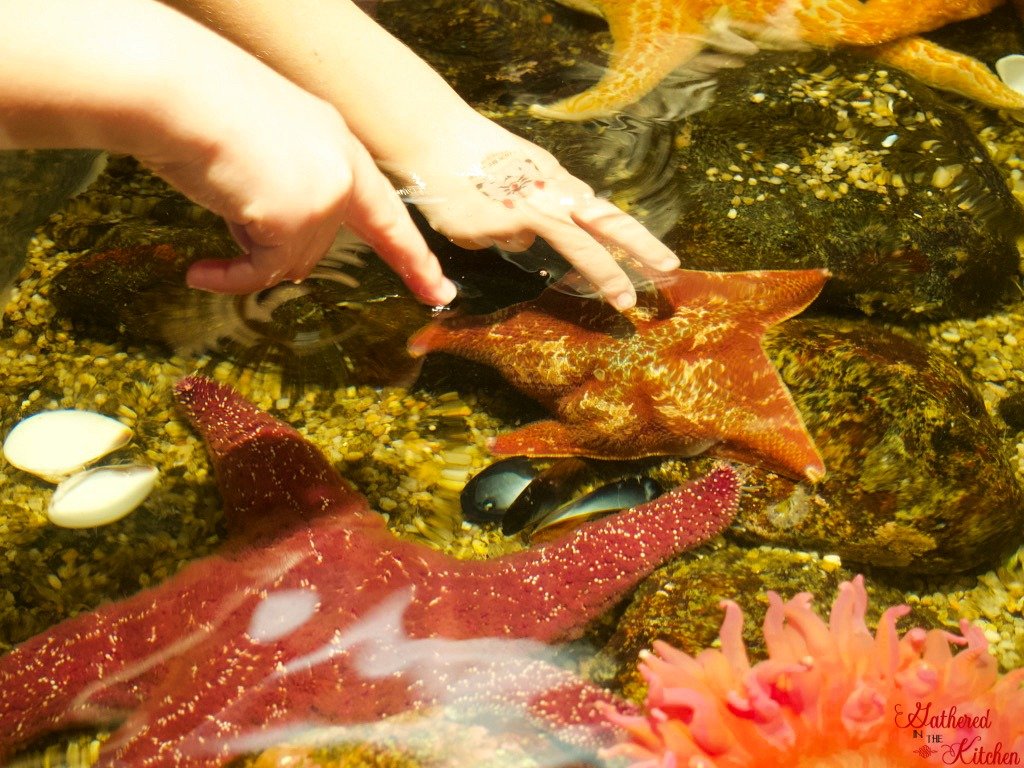 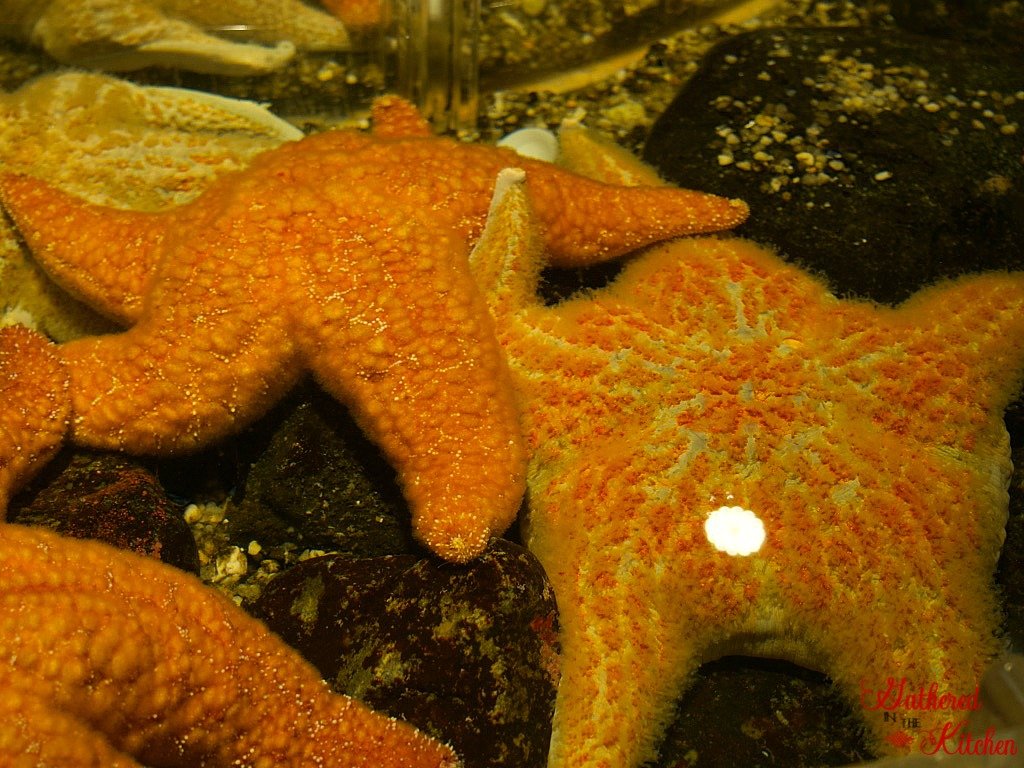 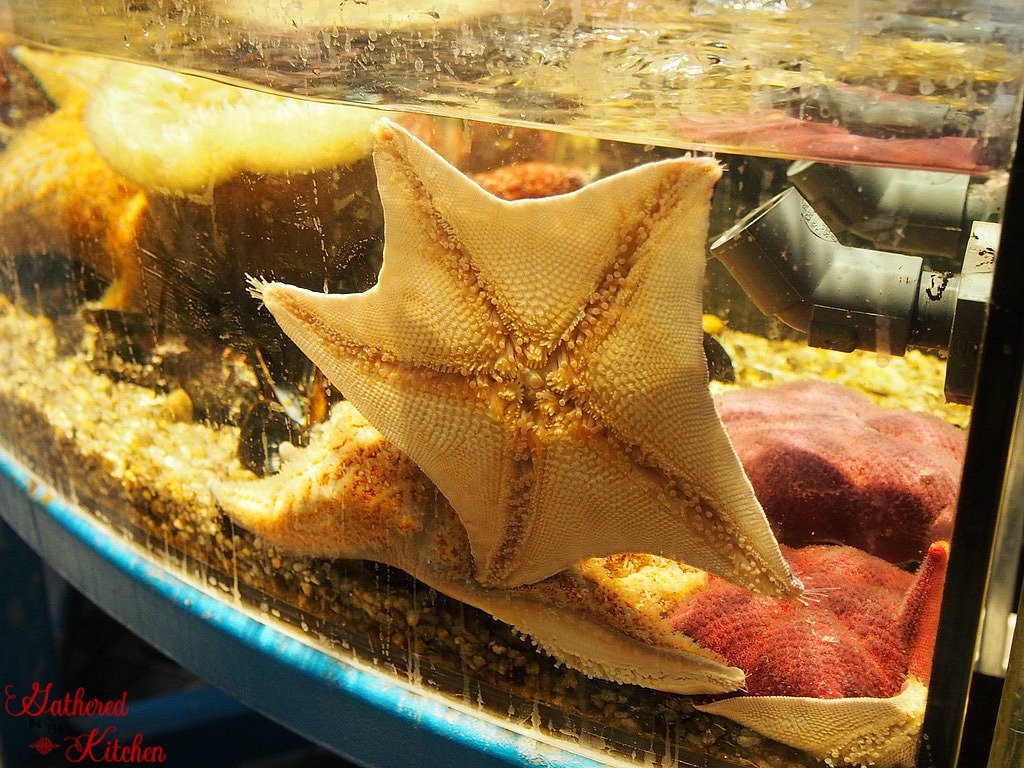 Walking through the aquarium’s under water tunnel in the Ocean Voyager gallery is incredible. You really feel as if you are under water swimming with all of these crazy awesome sea animals! 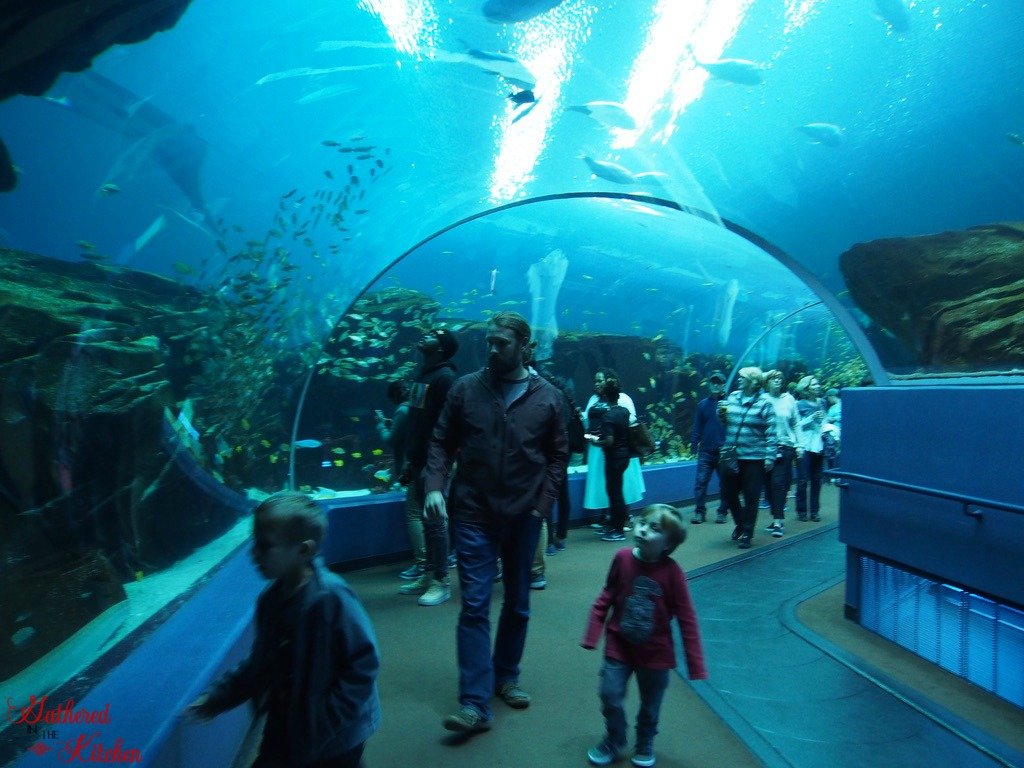 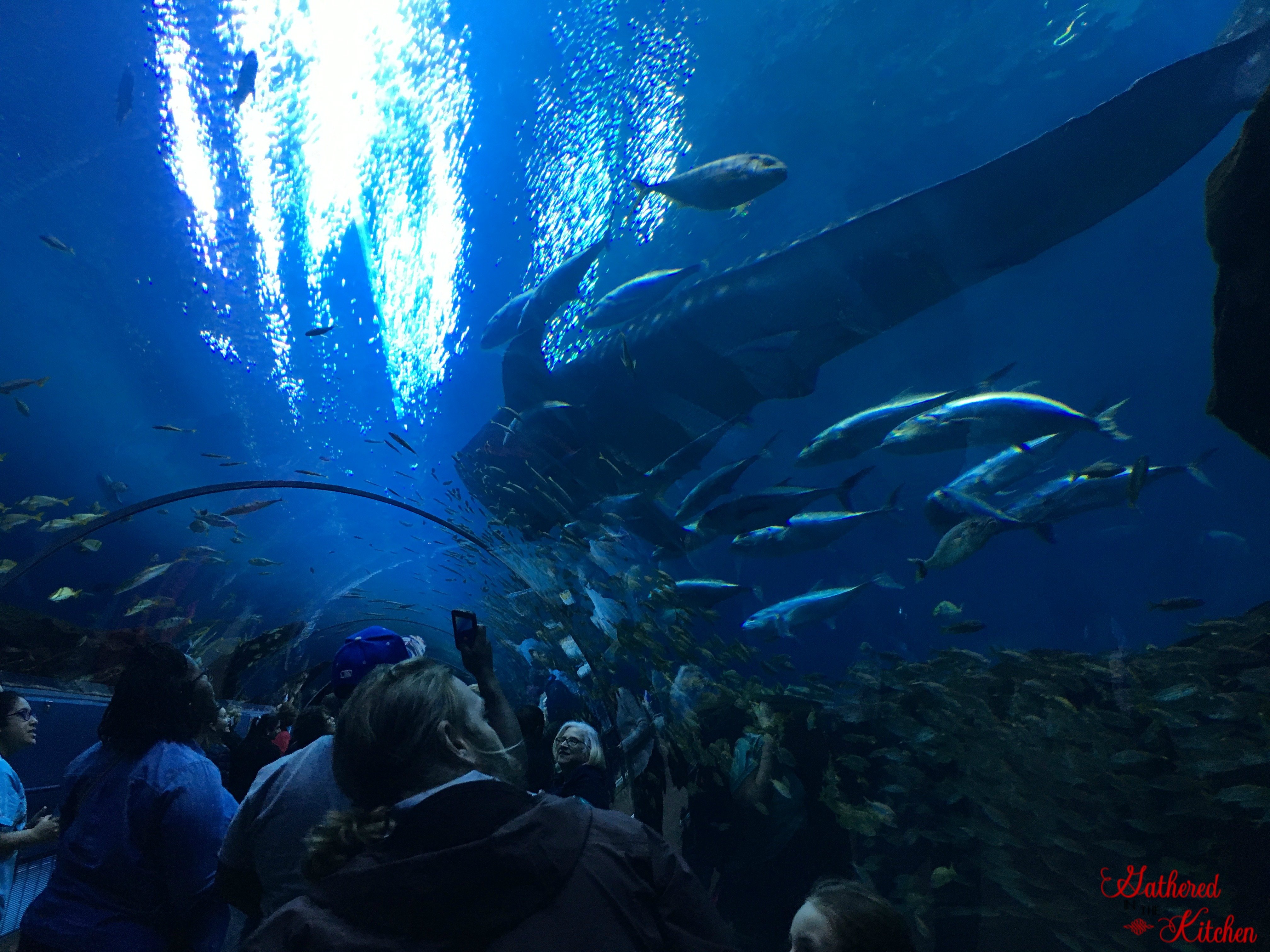 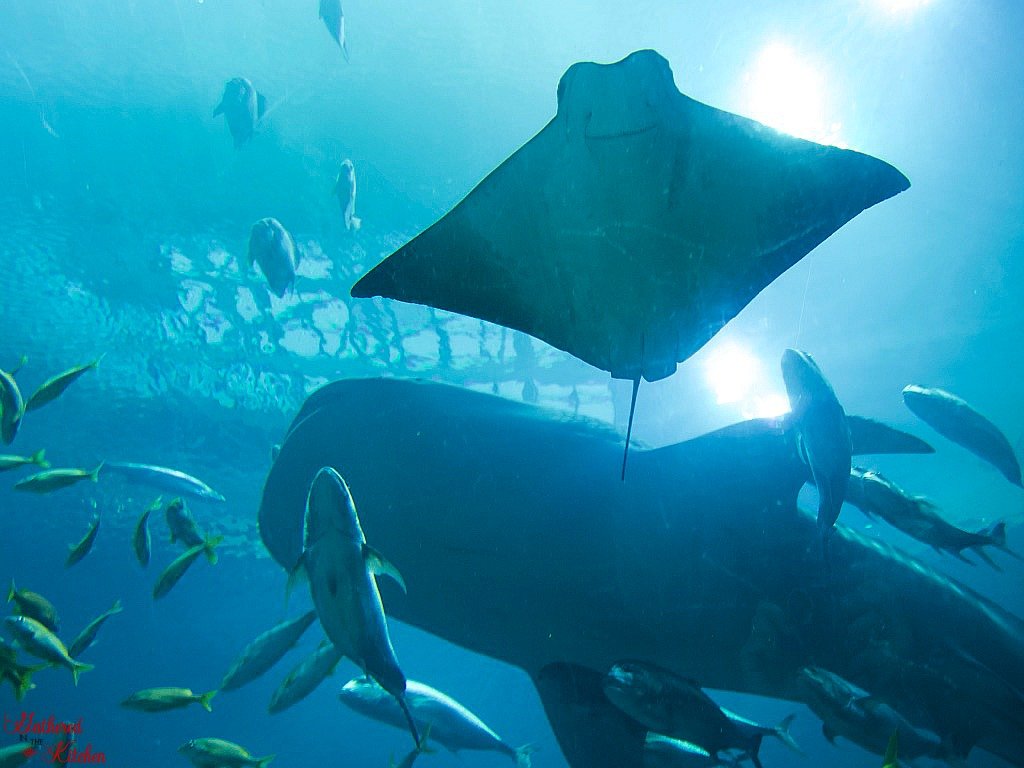 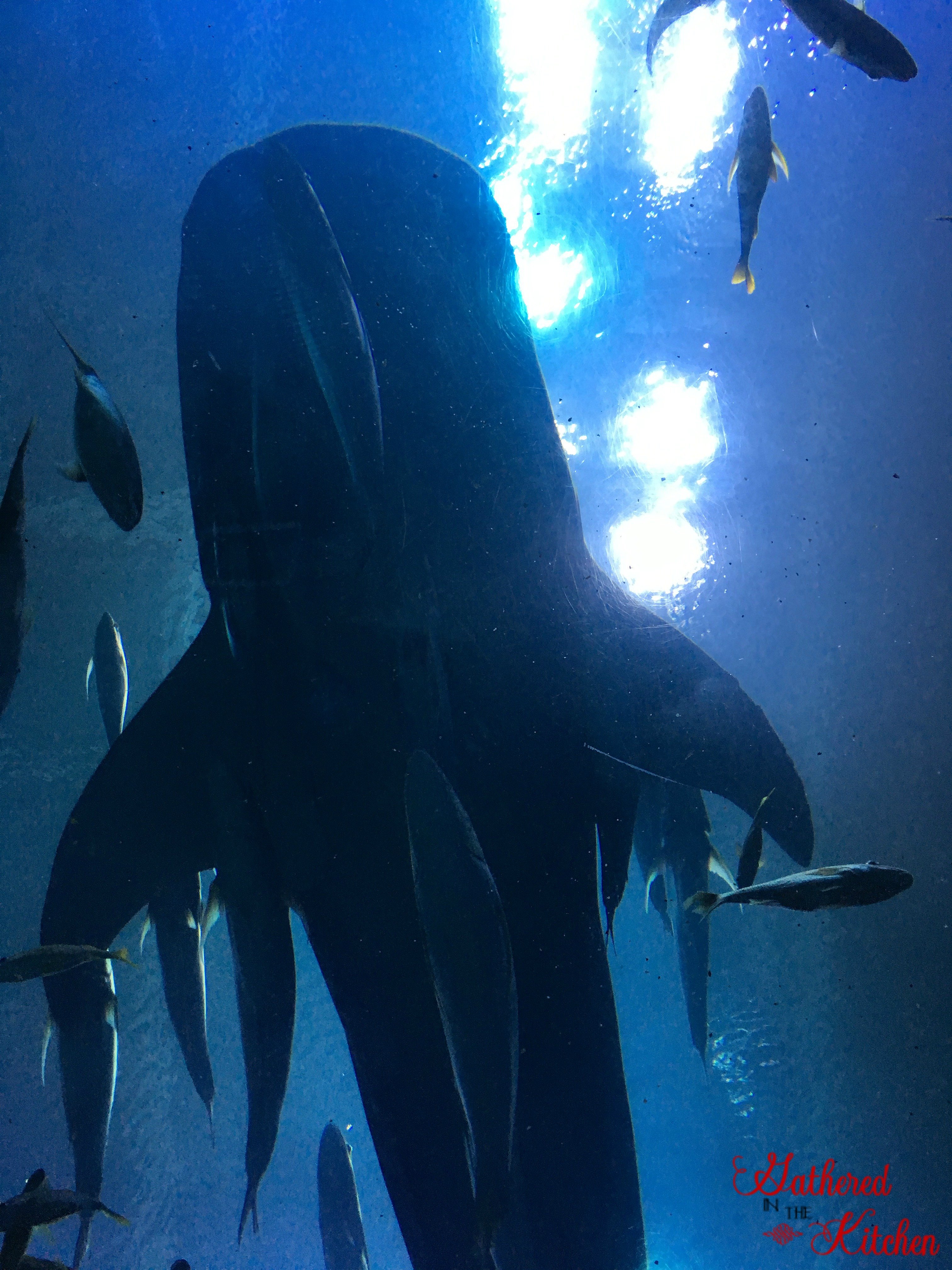 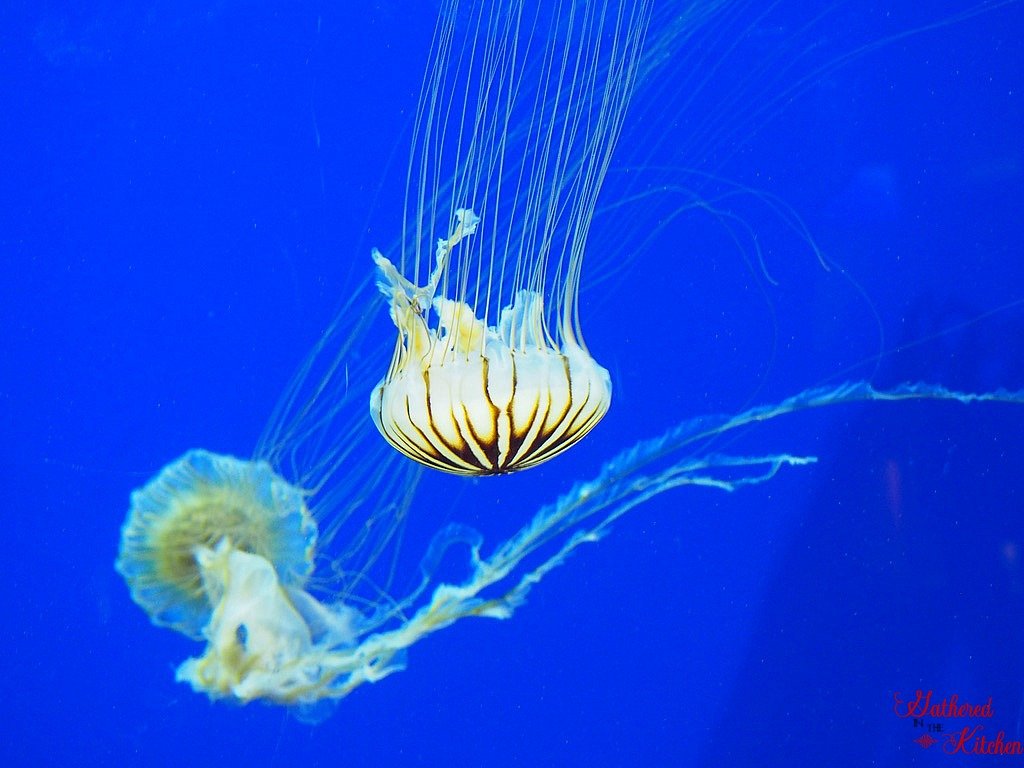 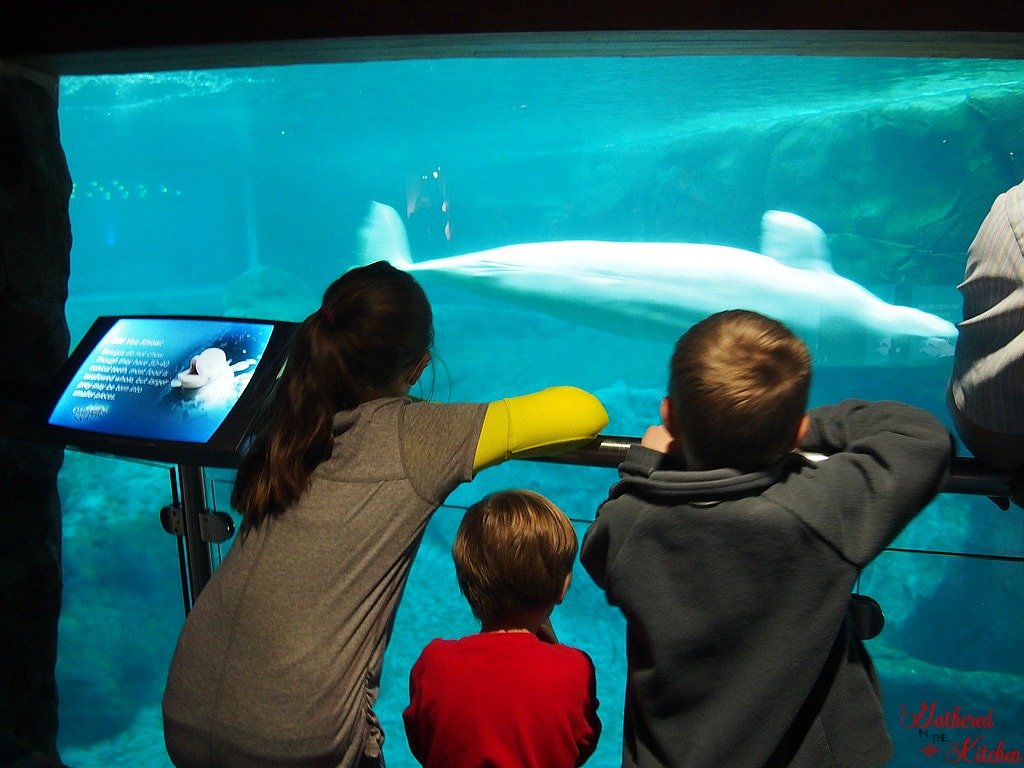 I really can’t say which gallery exhibit was our favorite. They are all so different and interesting at the same time. However, I know that my daughter would definitely say that the dolphin show was her absolute favorite because….you just have to watch this video and find out why!! 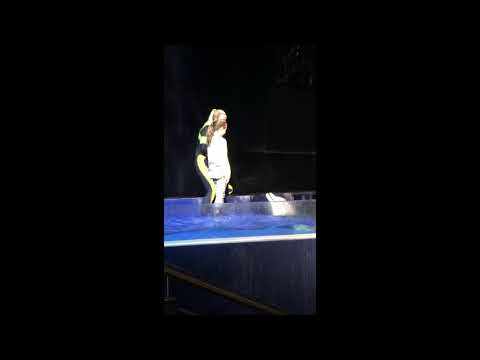 This was the most incredible experience! I truly believe it’s one of those experiences that she will have had that makes a lasting memory and impression on the outcome of her life. Ever since she was super tiny she has wanted to be a veterinarian. We were able to talk to the dolphin trainers and ask questions and learn more about what college classes would be beneficial for her to take (and especially since getting to train the dolphin, she now wants to work with dolphins) along with other great tips.

The pengiuns were absolutely adorable. The “couple” in the middle picture below was my favorite…little love birds! haha 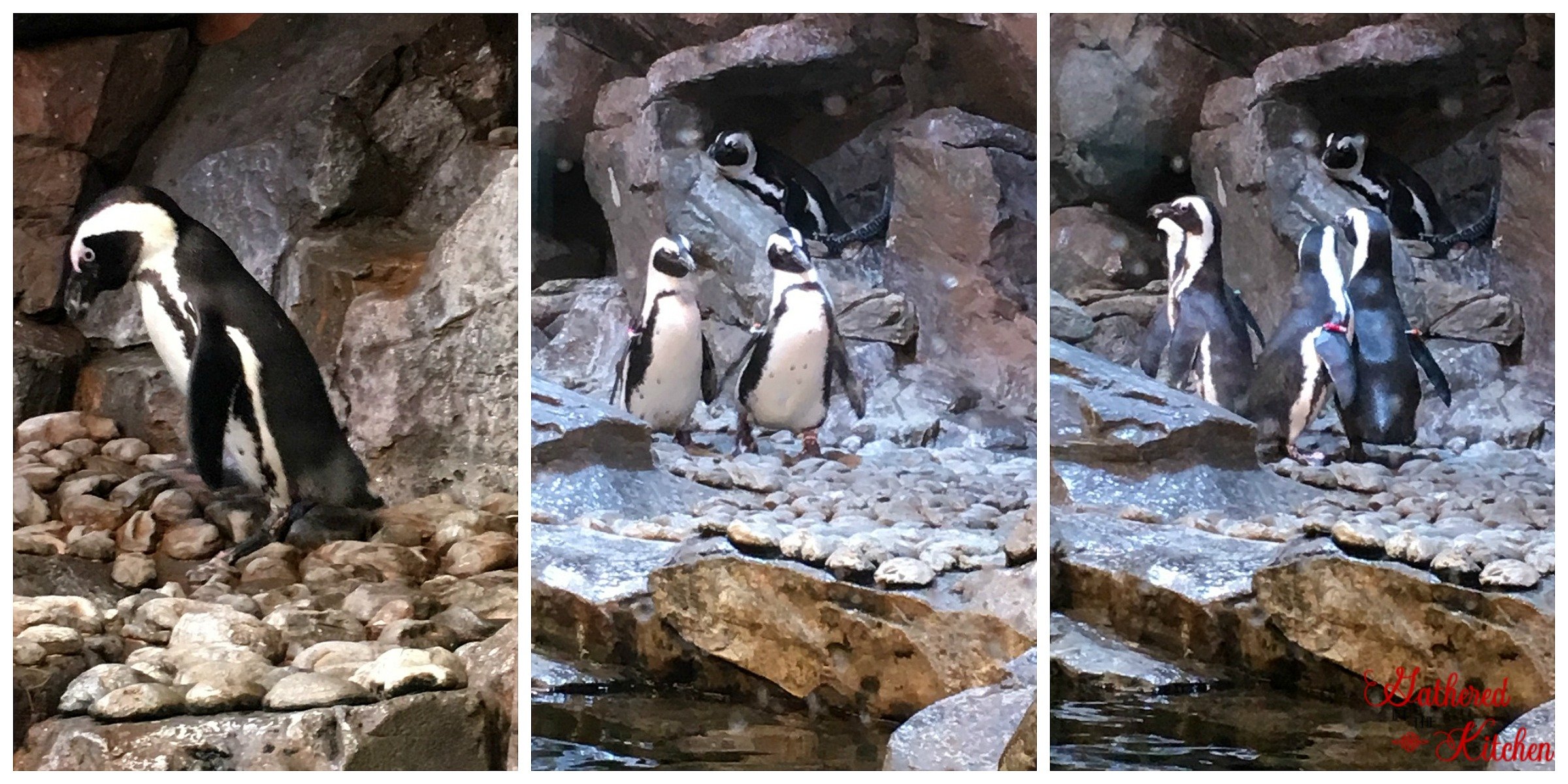 We also checked out the 4D theater showing of Shark, which was super interesting. Admission to the 4D Theater is complimentary with your Georgia Aquarium General Admission. The theater has  interactive seats and unique special effects that are built into the theater itself making for an unforgetable experience! 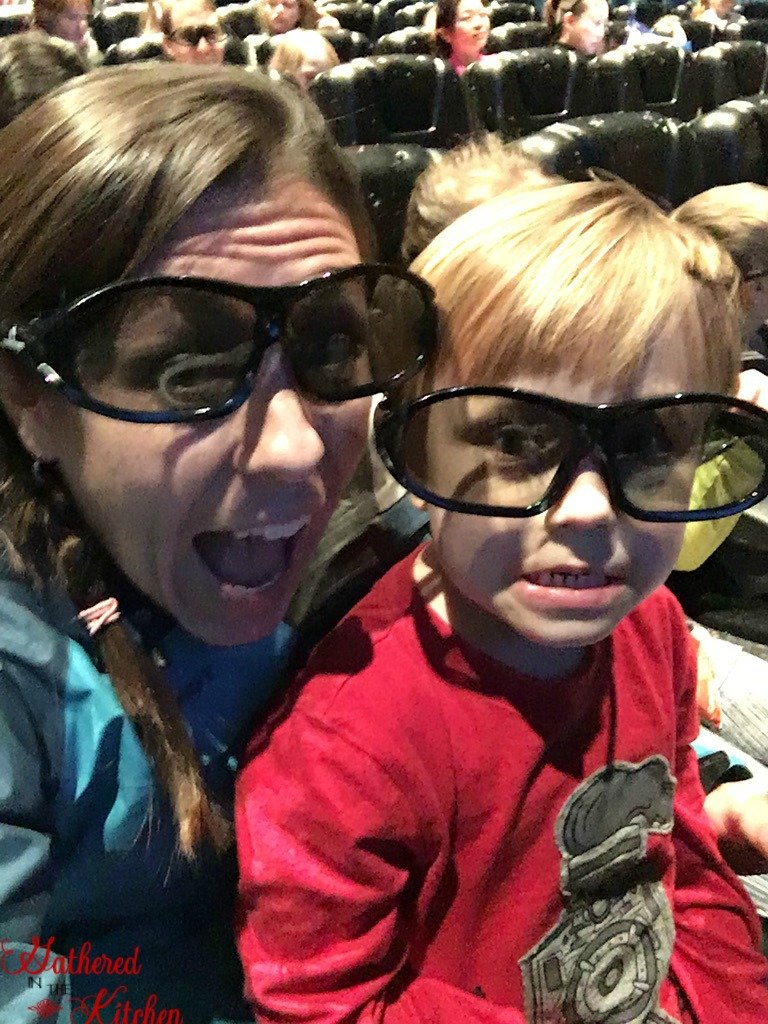 We had such a fun time and I would highly recommend everyone to visit! …. with kids or without kids…and who knows, you may visit without kids and find out a few weeks later you’re expecting also!

Visiting the Georgia Aquarium in Atlanta, Georgia is the perfect day trip for those local and the perfect one night / weekend getaways for those living near the Columbia, SC and Charlotte, NC areas.

Check out my Best Day Trips with Kids In North Carolina guide!! 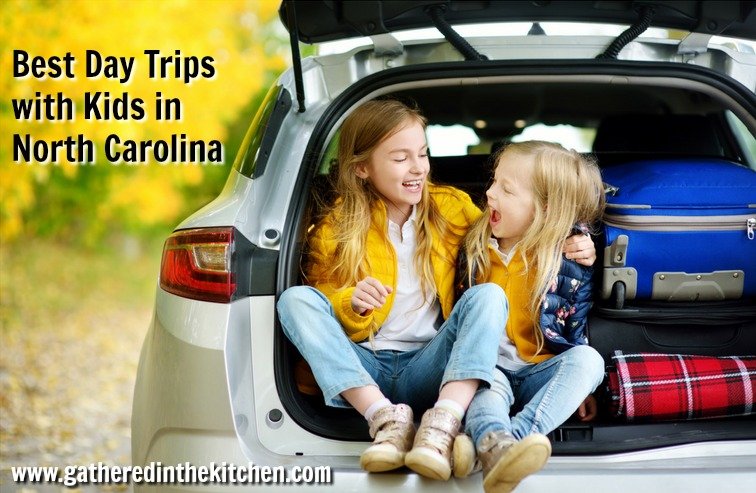