2016 was an amazing year for Chicagoans and Cubs fans all around the world! The Cubs FINALLY won the World Series! Growing up in the Chicago area, I had the privilege of having an awesome “home team” for so many sports! The Chicago Bears won the Super Bowl when I was 2 years old. The Chicago Bulls were on fire when I was in elementary and middle school, winning the NBA Championships in 191, 1992, 1993, 1996, 1997, 1998. I’d almost like to bet that my Bulls Starter jacket is still tucked away in my parents attic. (ha!! who else remembers the good ol’ days of Starter jackets? lol). When I was in college in 2005 the Chicago White Sox won the World Series and then more recently in 2010, 2013 and 2015 the Chicago Blackhawks won the Stanley Cup. Long story short, Chicago has had a lot of great sports teams! But honestly, none of the championships could have been as sweet as the Chicago Cubs winning this past year! Lets just say this…my hubby did not cry over the birth of our children, but he DID cry over the Cubs winning…and again for 2 weeks straight when he was steaming Chicago radio every minute of the day! So needless to say, this was a big deal.

When we were “home” in Chicago for Christmas, Clayton and I got to enjoy a whole day and night to ourselves in the city without the kids – sounds silly, but this is a huge awesome deal for us! You can read  about us visiting Water Tower Place and the John Hancock building. When it was time for dinner it was pretty much a no brainer. We had to eat at Harry Caray’s restaurant! (the old beloved sports announcer for the Cubs). 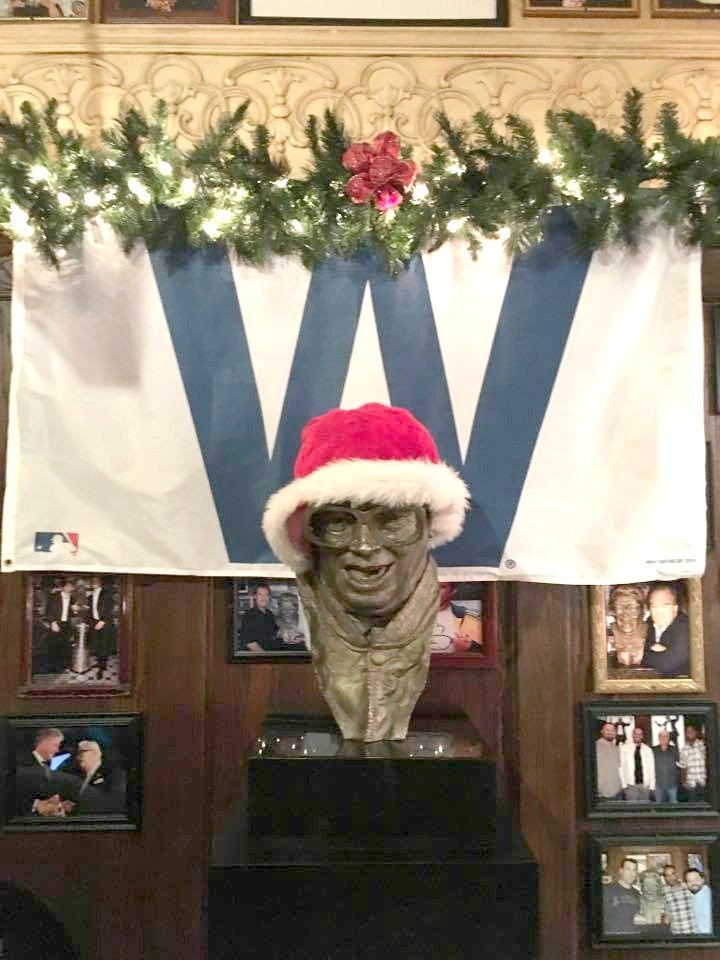 But before we made our way to Harry Caray’s we stopped by Garrett’s Popcorn Shop and bought their super tasty bags of CaramelCrisp and CheeseCorn. 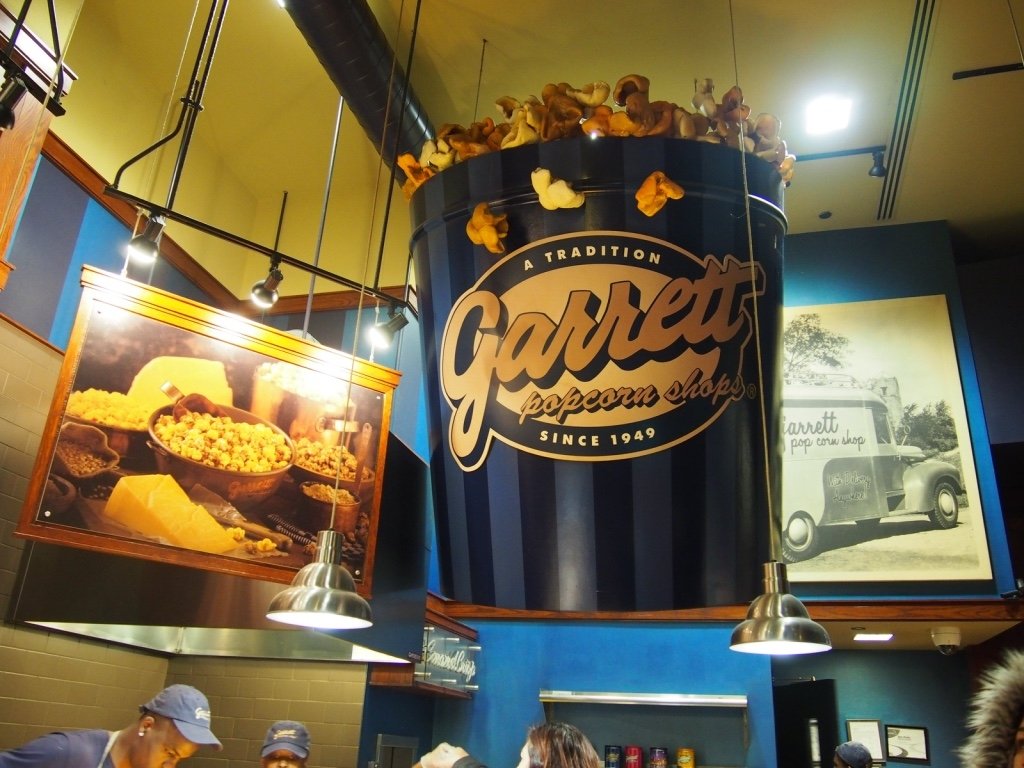 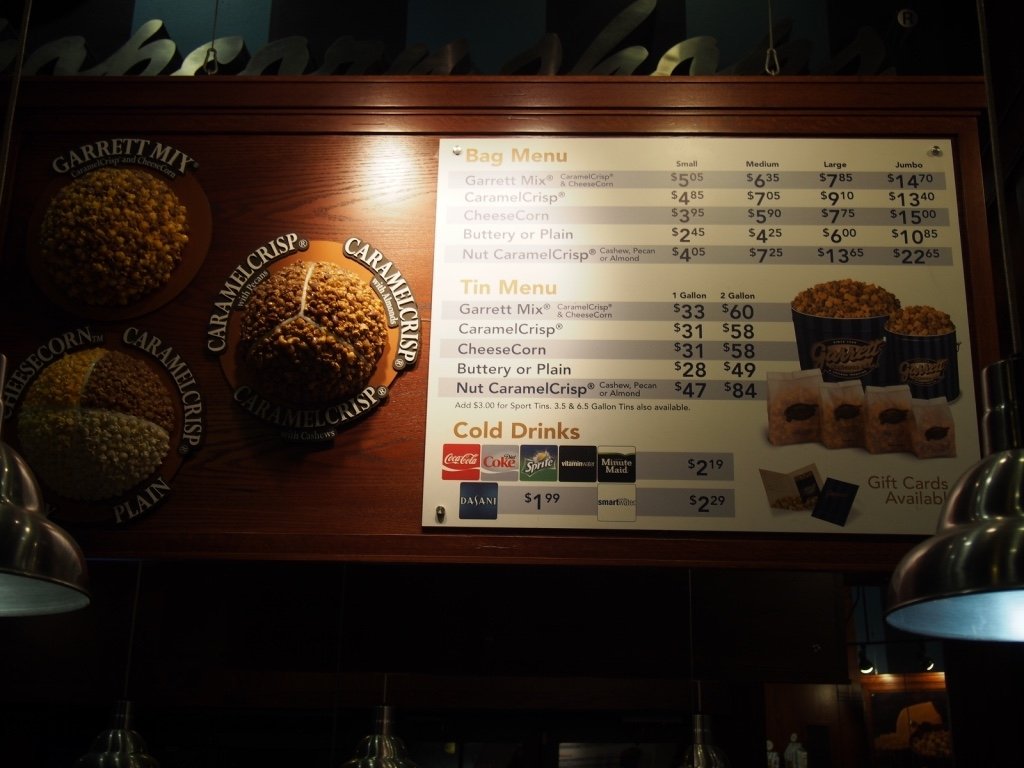 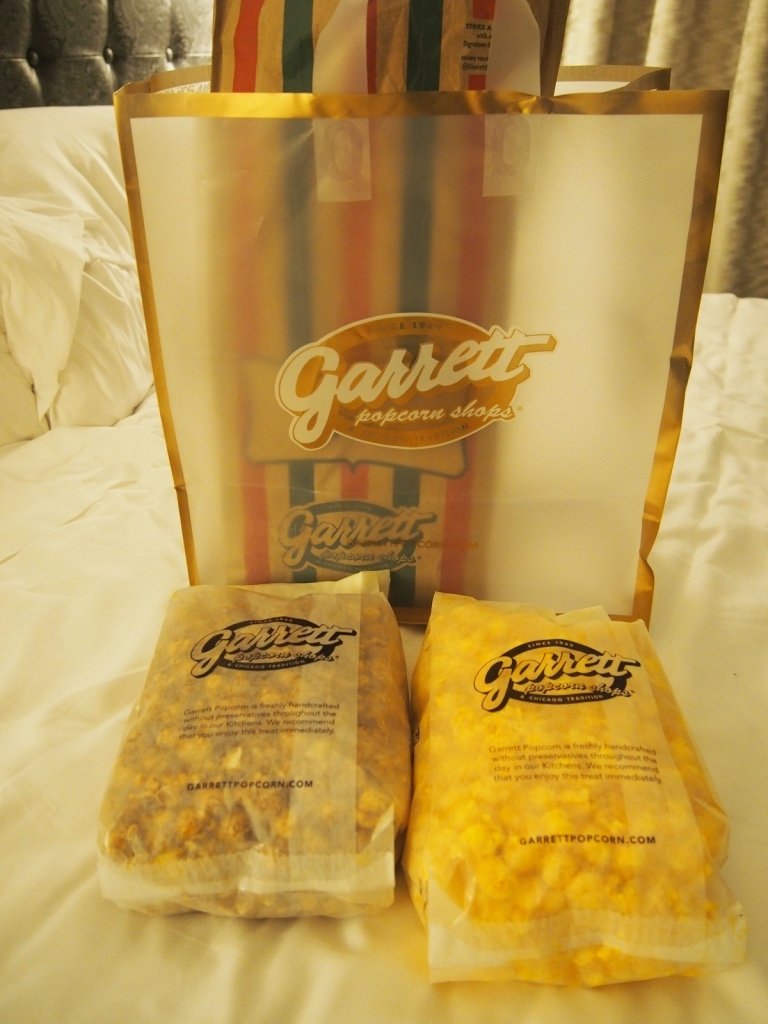 With our popcorn in tow we walked back to our hotel, dropped it off and then headed around the block of our hotel to Harry Caray’s. 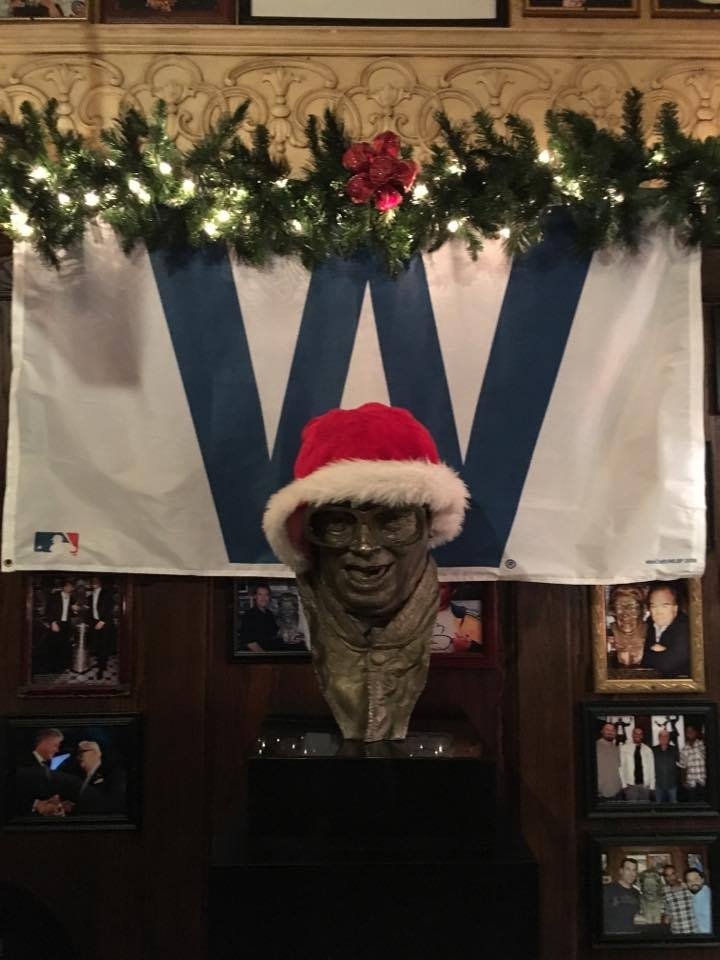 It was beautifully decorated for Christmas and had the best ambience. 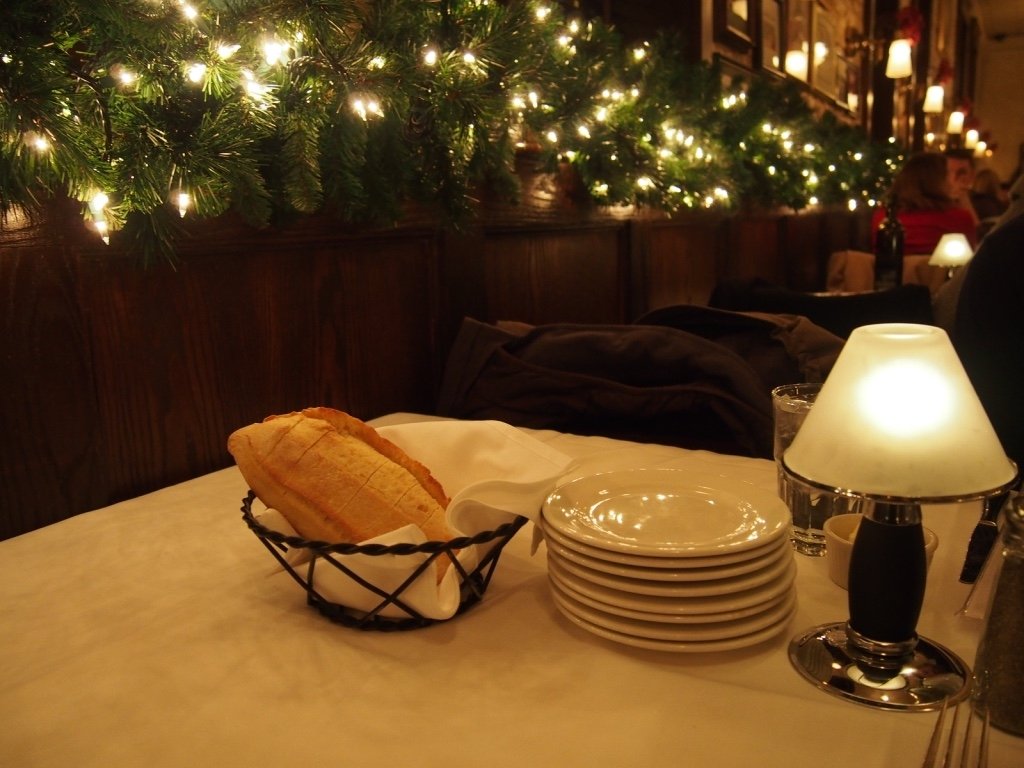 Seriously, bread and butter at nice restaurants is one of my favorite things!! I’m pretty sure Heaven will be filled with warm bread and cold butter!! 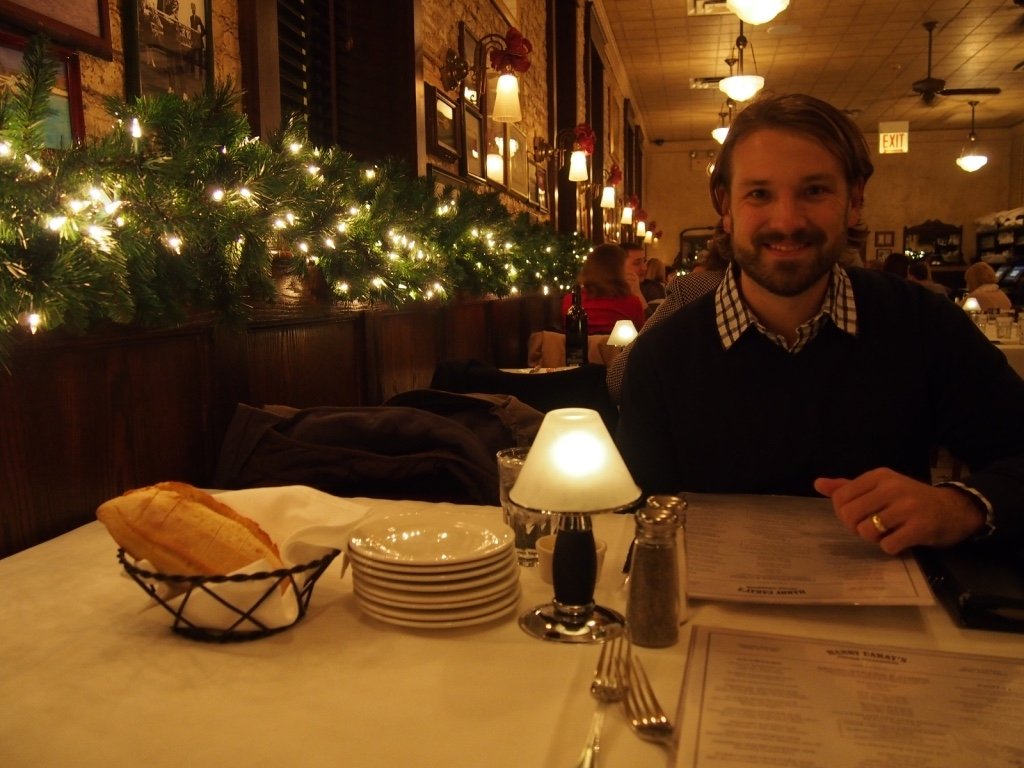 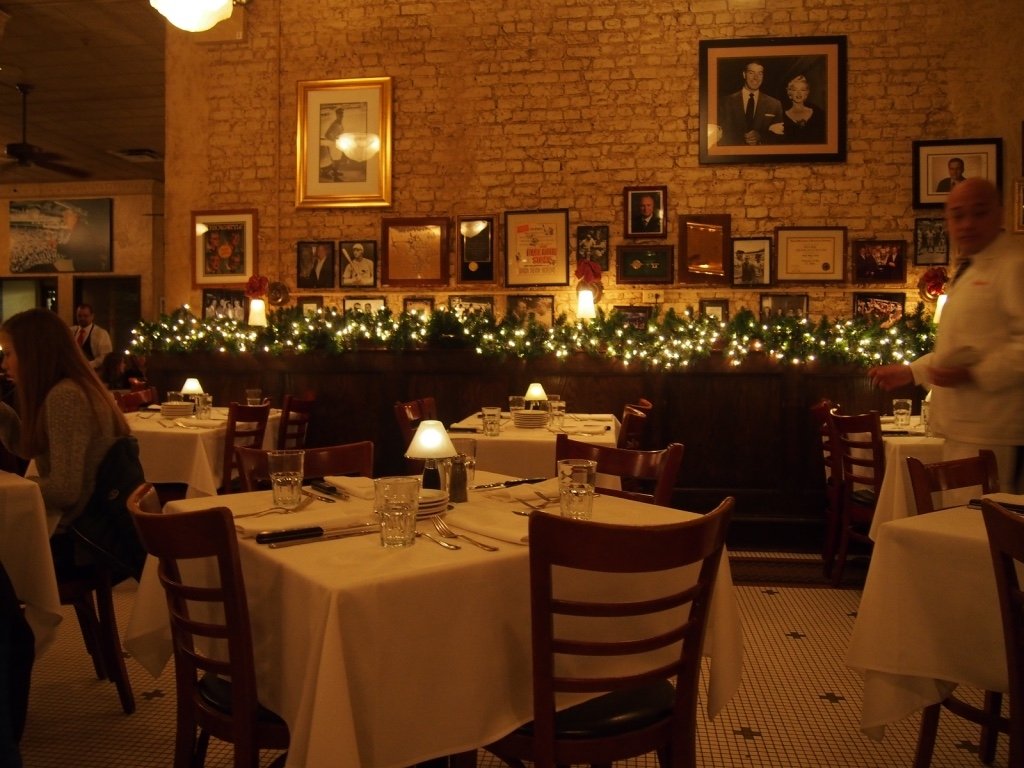 Isn’t it just so pretty in there?!? 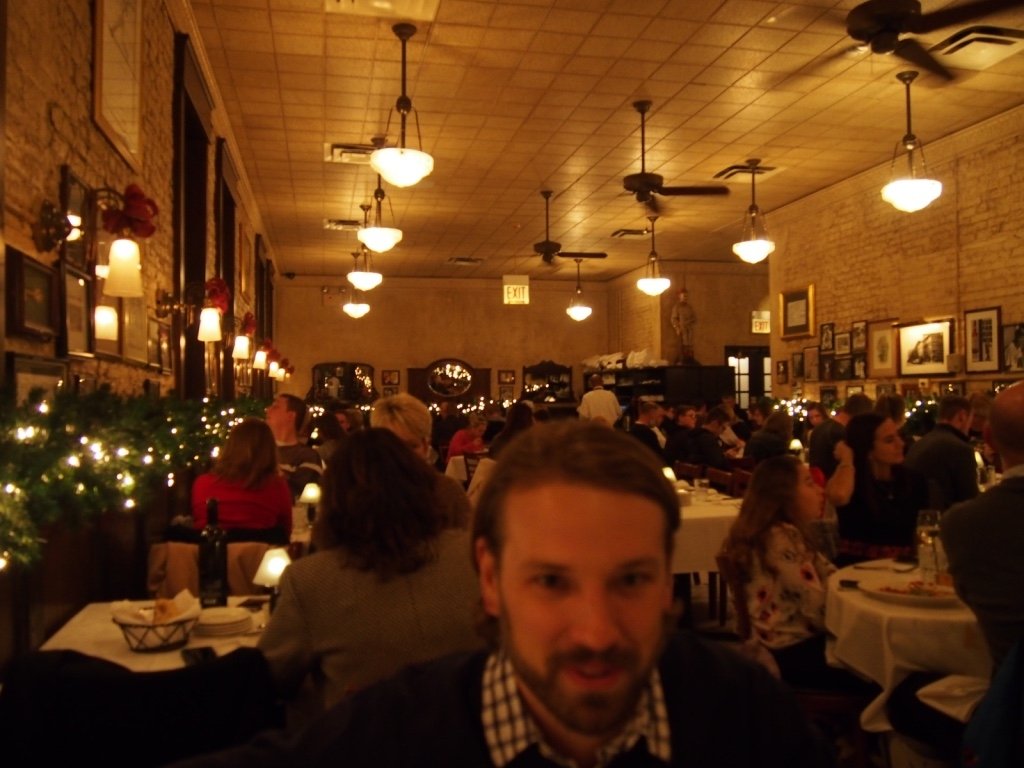 HA! Caught him off guard but…it was important to show you all how pretty the restaurant really is! 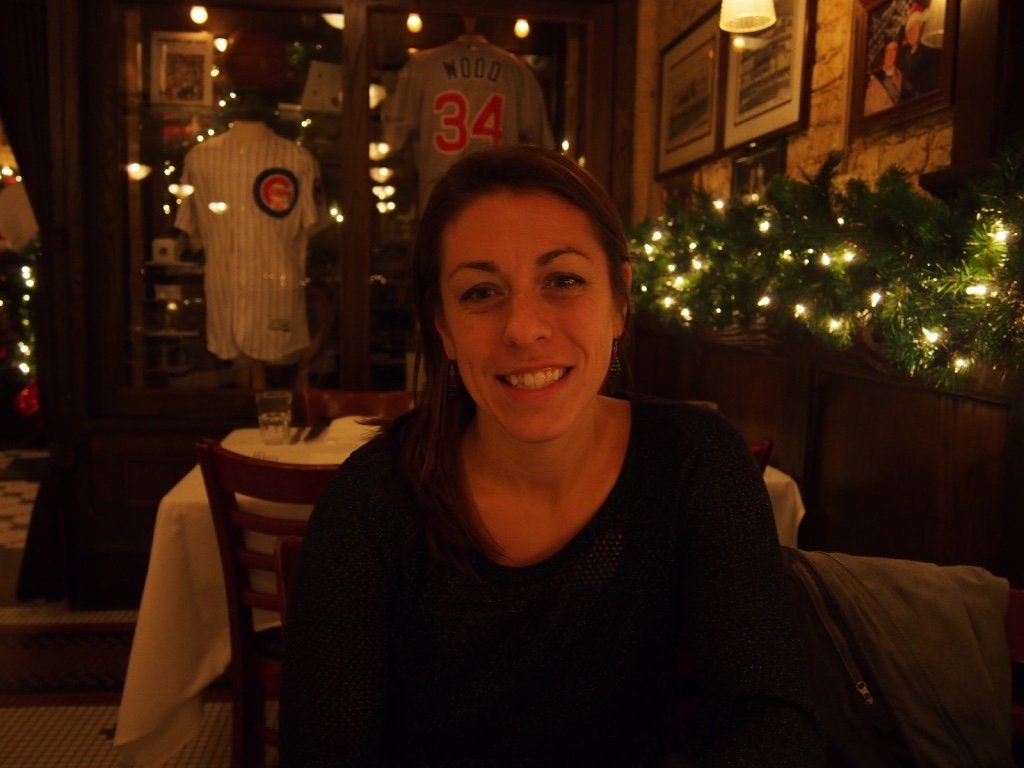 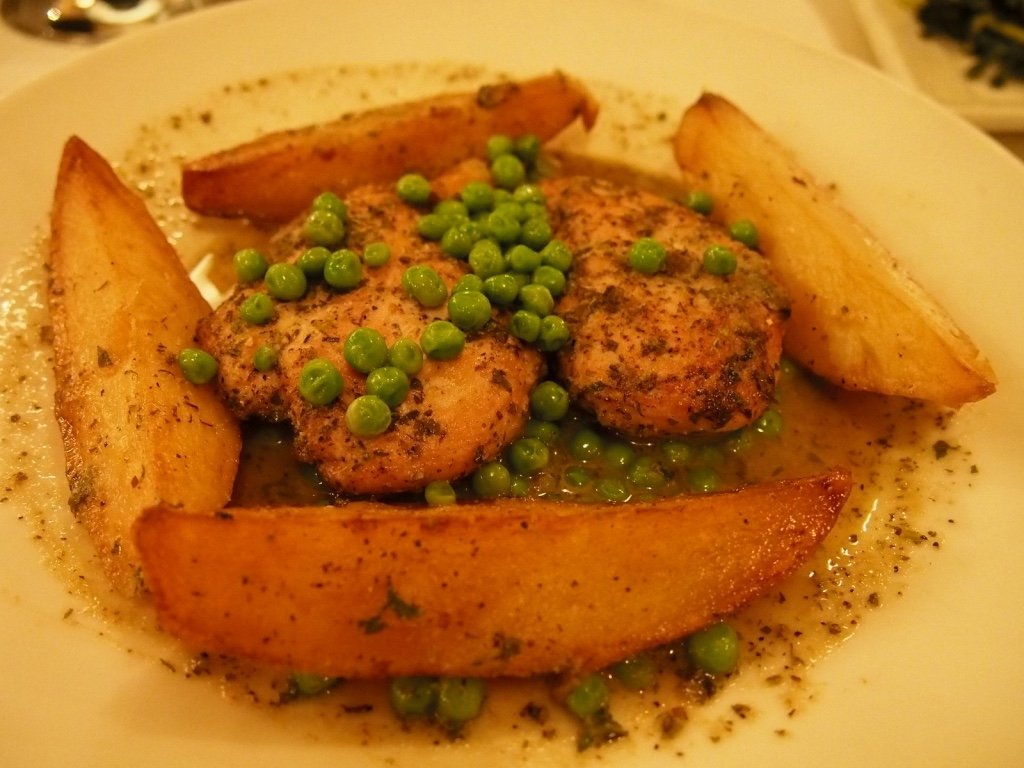 I had been here once before when I was in high school. For some reason I was down in the city by myself (I have no idea why!!) and my mom and her friend were eating here so I met them and I remember ordering the Chicken Vesuvio…if you have been following my blog for a while now, then you know I don’t like chicken…BUT…this dish is actually really good! So I had to order it again! 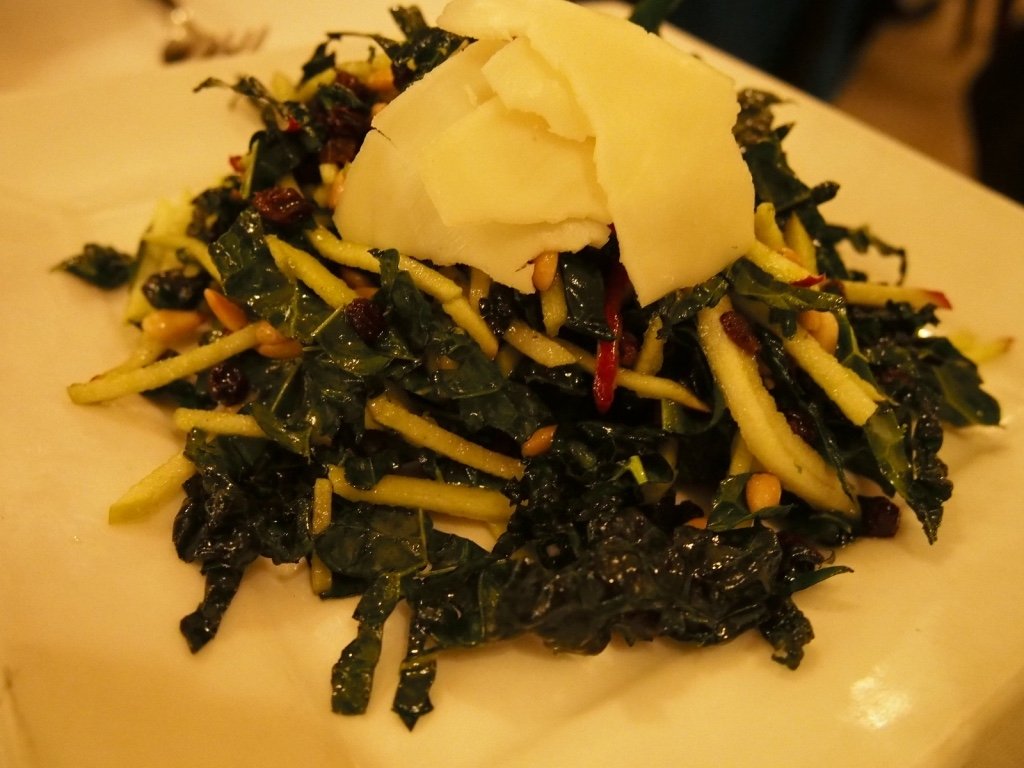 Clayton’s Kale Salad was out of this world! It tasted like Christmas tree (odd, I know) but seriously it was sooo sooo good!) 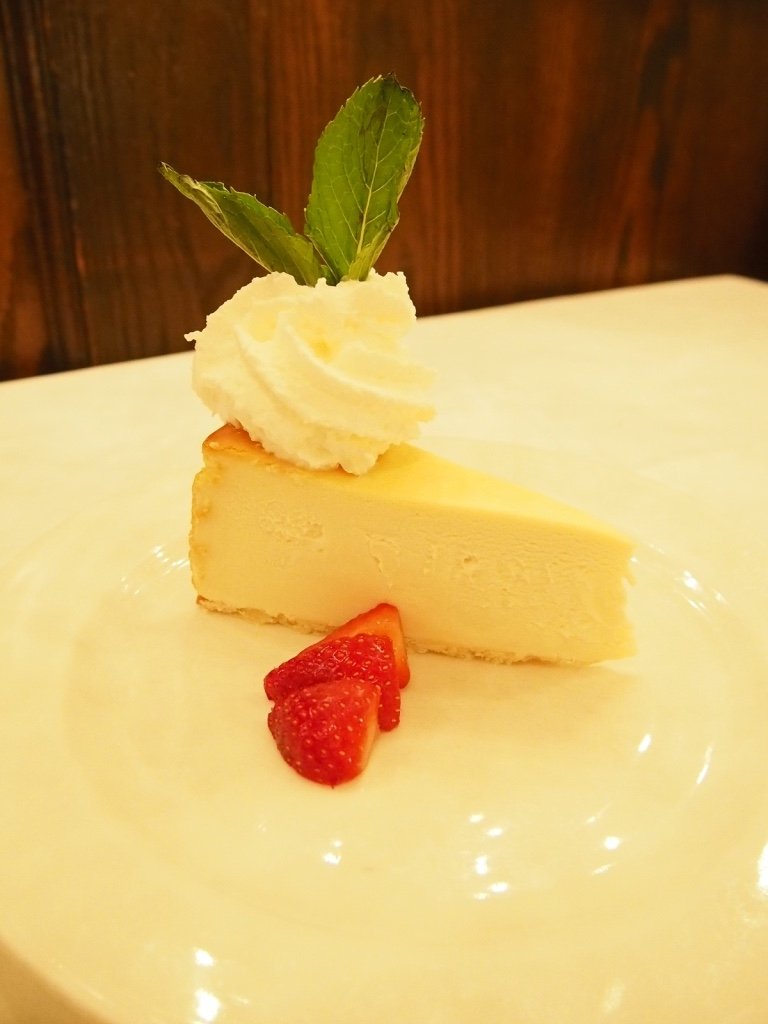 And the cheesecake. One word, YUM! 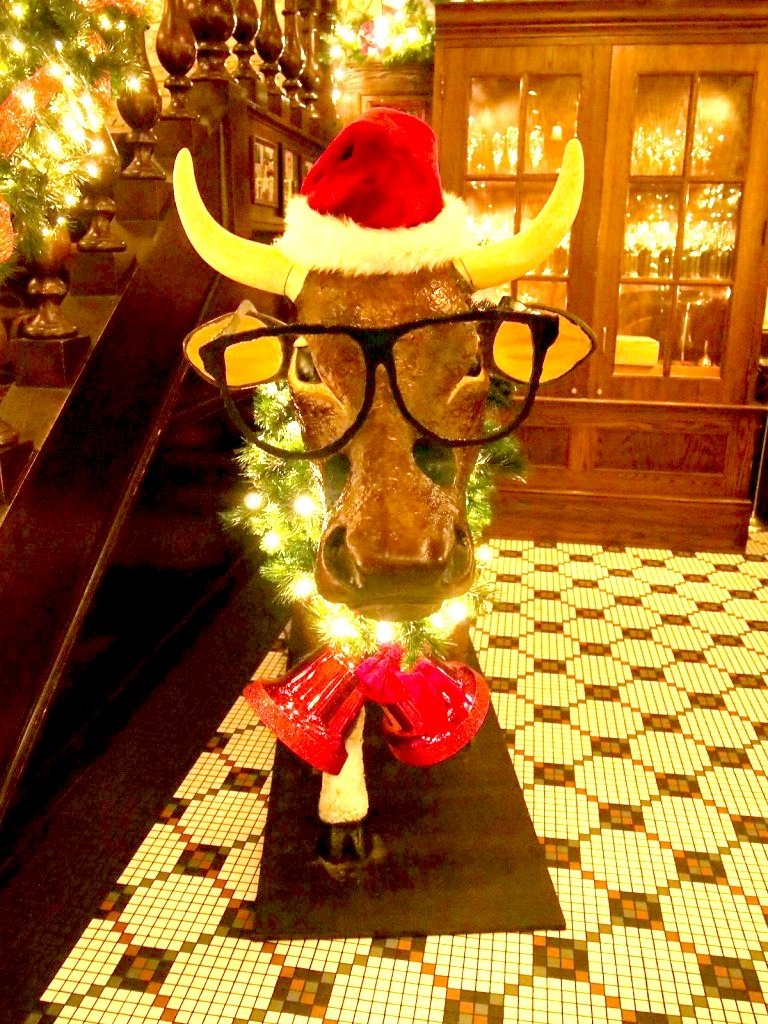 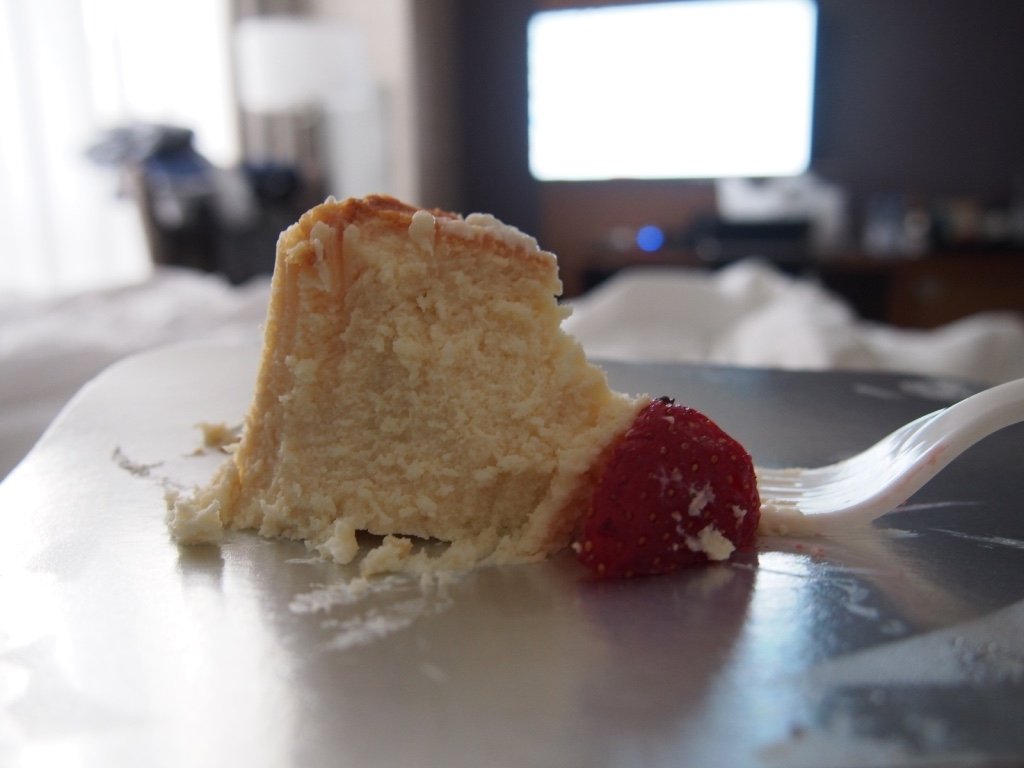 The cheesecake was just as good for breakfast the next morning while watching HGTV!!

If you are even in Chicago, want really delicious food (that is always reasonably priced for the big city!) go here!! You won’t regret it, I promise! 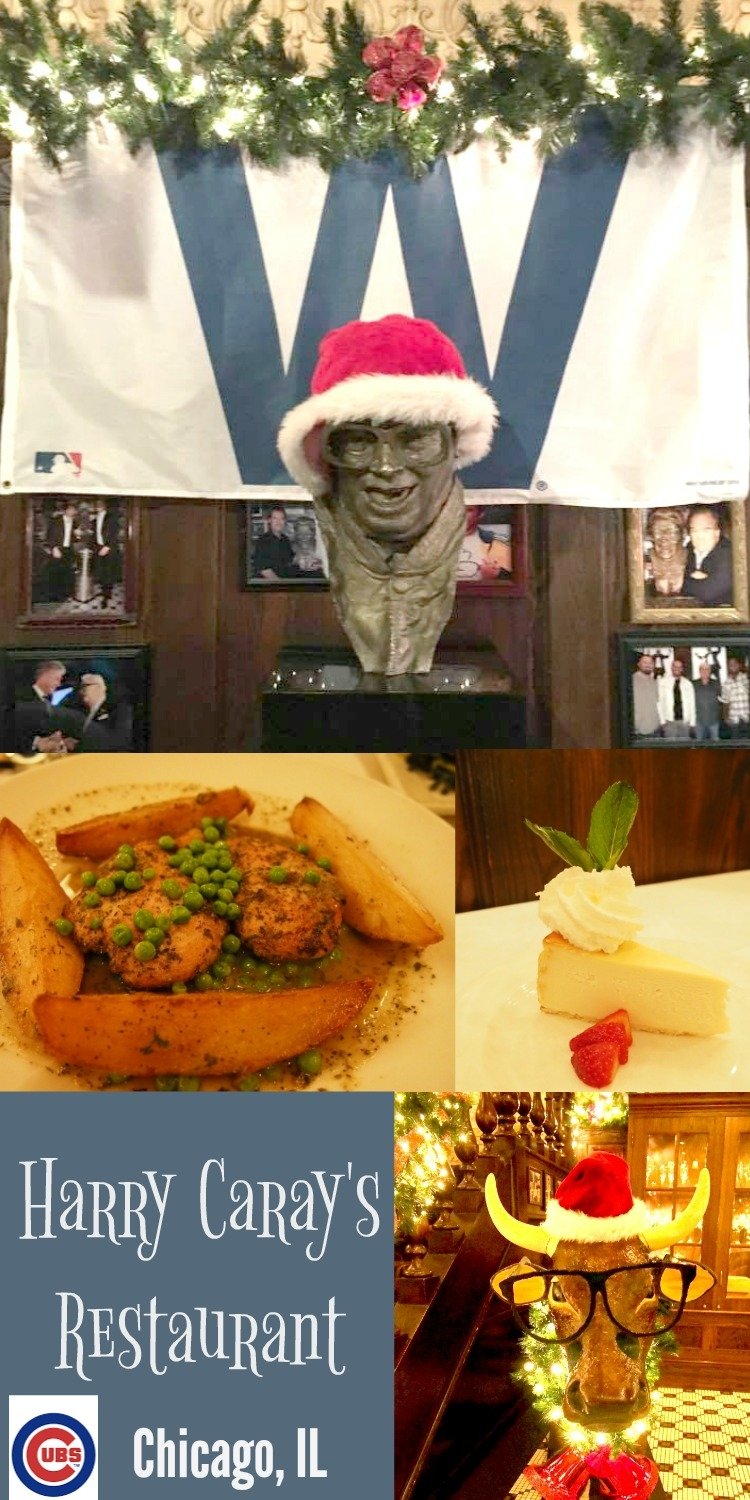 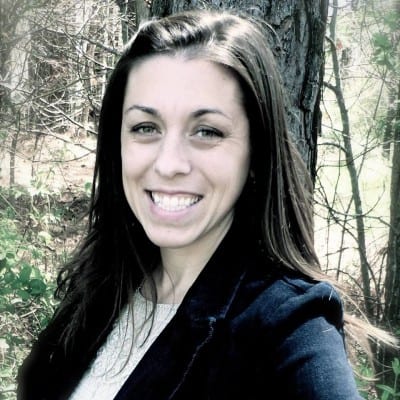